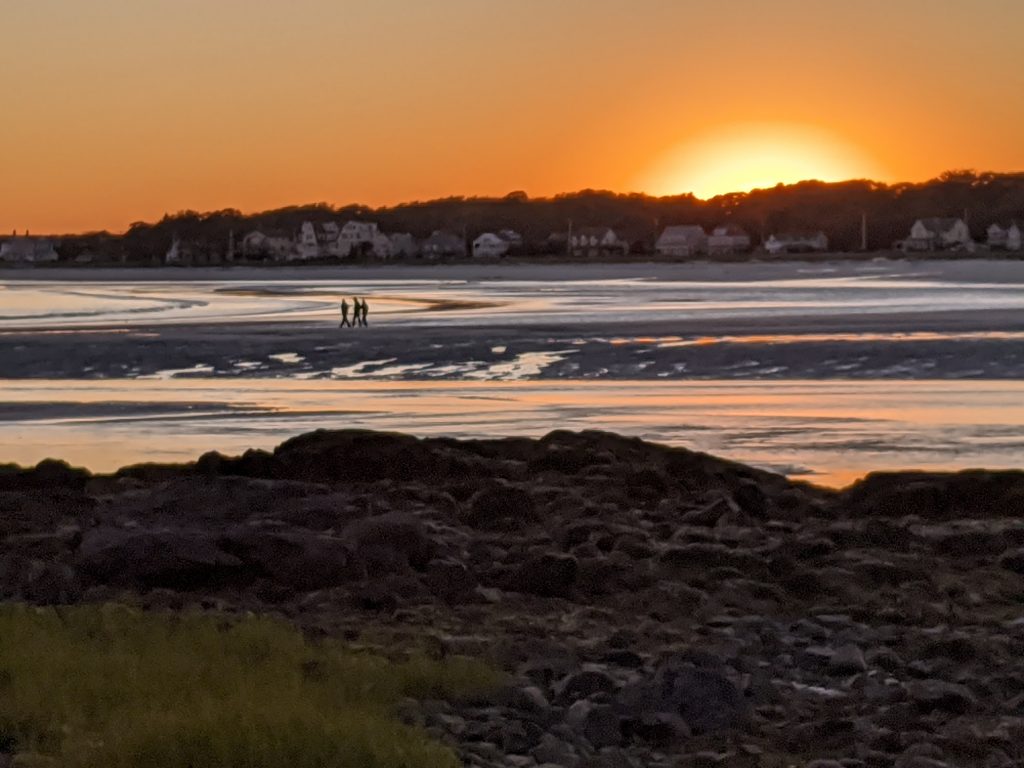 A last-day-of-summer hike in coastal Maine was the perfect antidote to summer 2020.

I’ve hiked many times in Maine, including almost dying in Arcadia National Park. My sister has lived in Old Orchard Beach for many years, so I have often summered a weekend or two with her, enjoying the Maine coast. After hiking two wooded trails on this New England trip during our 50 Hikes 50 States Project, one in New Hampshire and one in Vermont, we wanted to return to the coast to find a good Maine coastal hike.

Start a Hike in Maine with Lobster 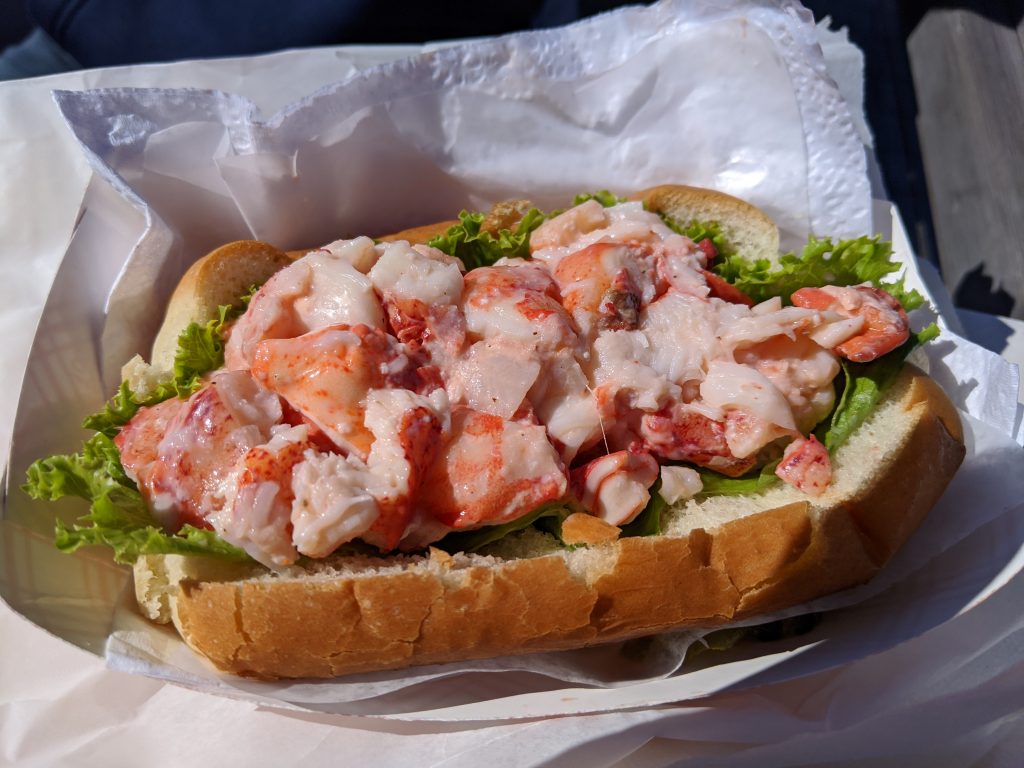 After checking the tide charts, we discovered that low tide would be around sunset, which was perfect for the hike I had been craving to do near Biddeford. We spent the day shopping in Freeport at Patagonia (50% off!), grabbing a lobster roll at Harrasakeet Lunch and Lobster Company on the recommendation of my sister who runs Cozy OOB Cottages, and enjoying a coastal drive through Portland.

The Timber Point Trail in Maine 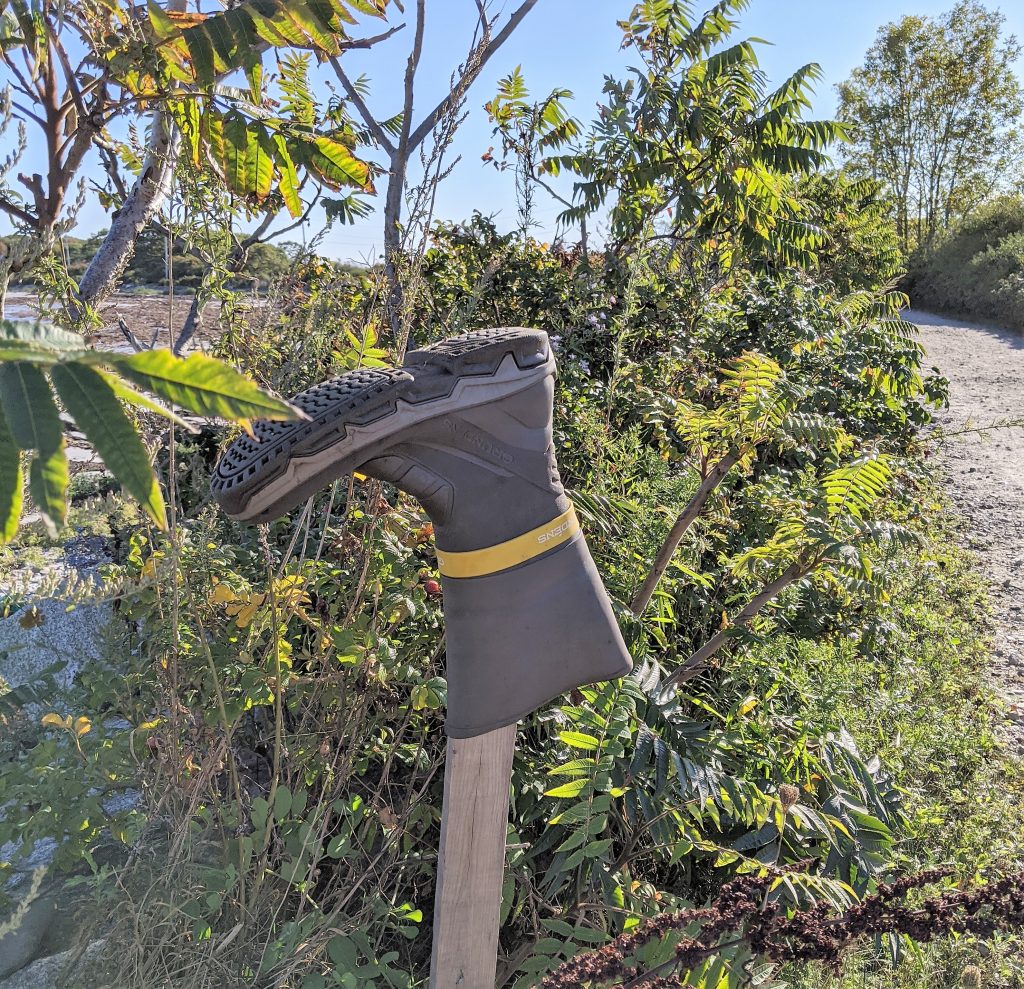 Load up on snacks for your car and your pack when you travel. 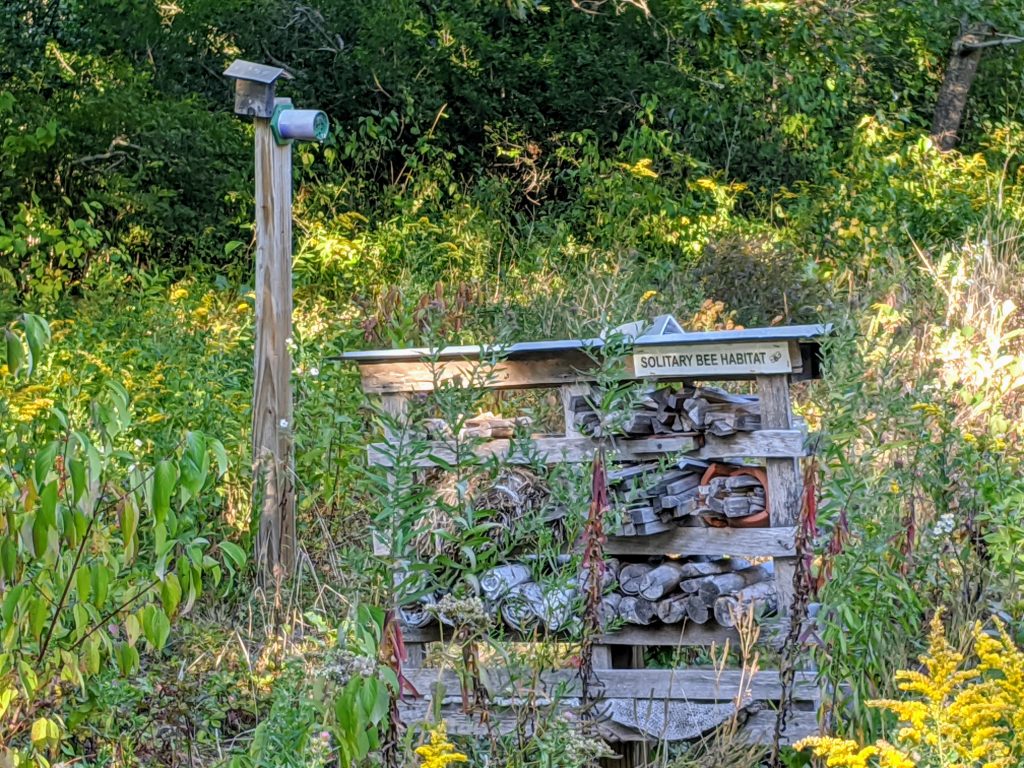 With Chacos on my feet and a sweatshirt around my waist, we parked at the trailhead and headed down the trail. A carriage trail took us through fringing salt marshes, cattail marshes, mudflats, shrublands, rocky shores, a pollinator garden and sea roses, by an old sea shack, and out to a mixed deciduous forest where a sign pointed us along the trail. 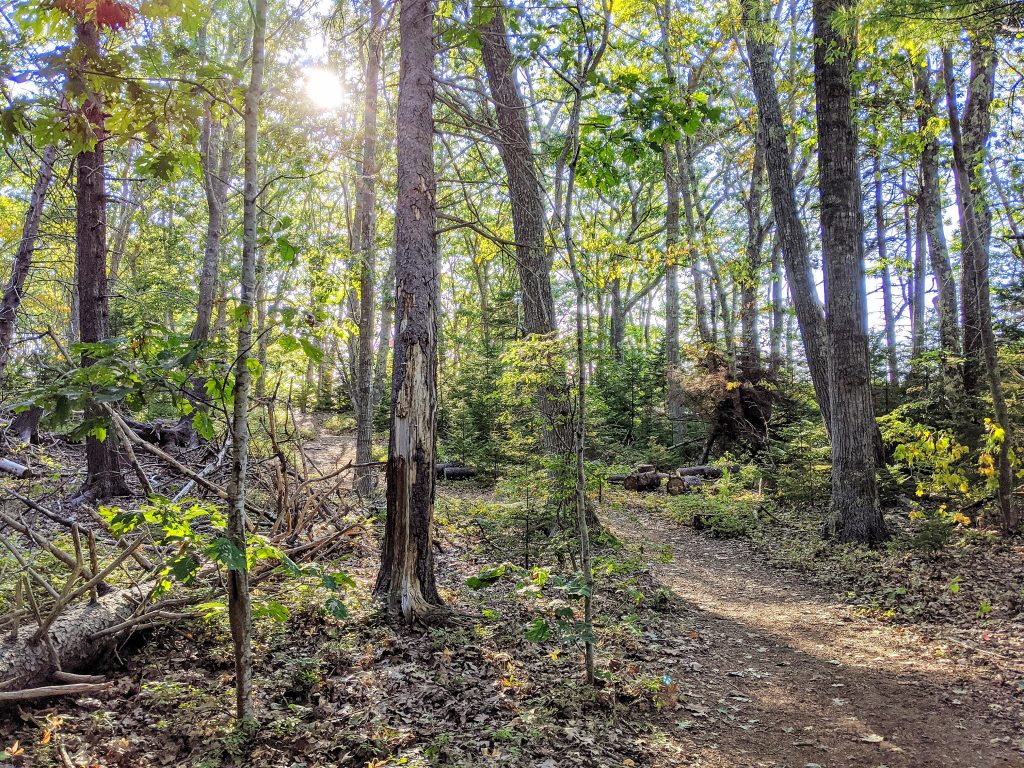 We waited for fairies in the wooded forest–it seemed perfect for a coastal elf to pop up and ask for directions. None arrived, so we followed the trail toward the sand, paying attention to the sign that said watch out for poison ivy! Out to the beach we journeyed to find the Little River quickly draining to the Atlantic. Low tide hadn’t arrived quite yet, and we scanned the shoreline to find the spot we would eventually cross the estuary to get to the beautiful homes that lined the beach on the other bank. 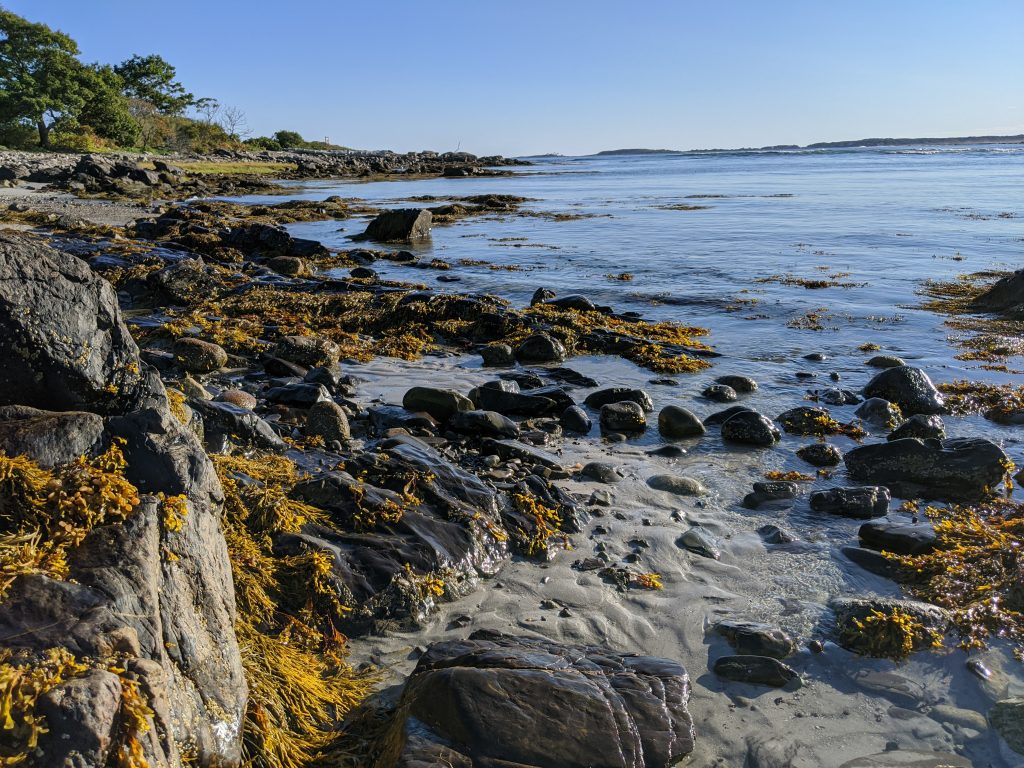 We knew it’d be a good thirty minutes before our chance to cross would arrive. So we meandered back across the poison ivy path to the tip of the point. And we found the house! A beautiful coastal cottage designed by Charles Ewing with his wife Louse, this large house overlooked the Atlantic and the estuary, providing many hours of viewing and outdoor adventures for the three  kids who grew up there. Although the house was closed, we scoured the grounds for interesting facts and fascinating embedded scones. 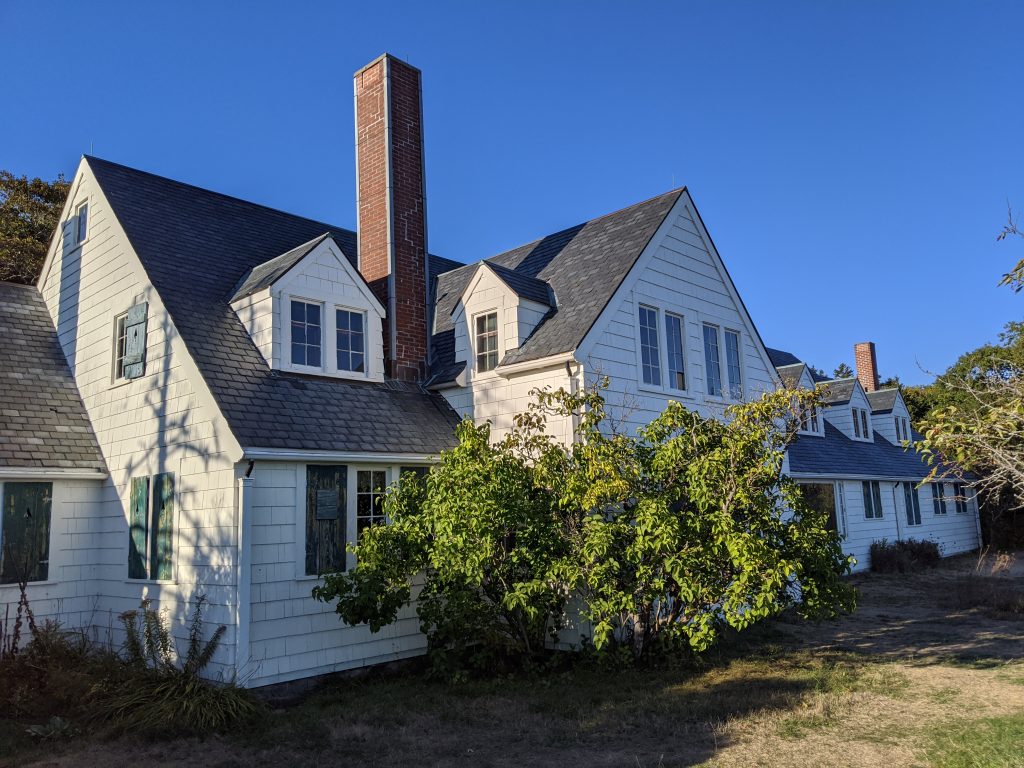 From the house, we eyed another small trail that wandered further out on the point and discovered an error in our ways. Whereas we had been on the northwest edge of the point looking toward Goose Rocks Beach thinking it was Timber Island, we discovered we were wrong. Instead, by walking south of the house to its most western point, we found the “rock bridge” that had uncovered itself during low tide. By walking across the rocks in the wet sand, we could make it out to Timber Island, our original and final destination. 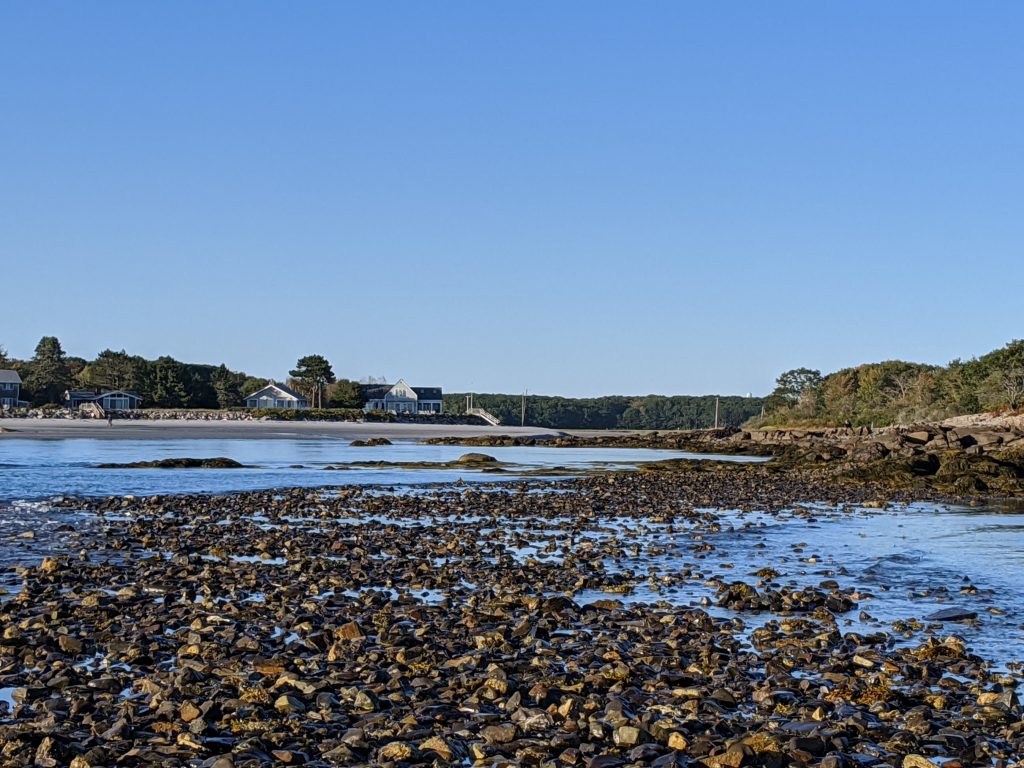 As if by magic, at the lowest point of low tide, the rock bridge appeared. We easily scurried across it to the island, having Timber Island all to ourselves. Abandoned lobster traps caught our attention as did weathered trunks and heart-shaped rocks. We adventured around the island, keeping an eye on the slack tide so we wouldn’t get caught on the island after dark. 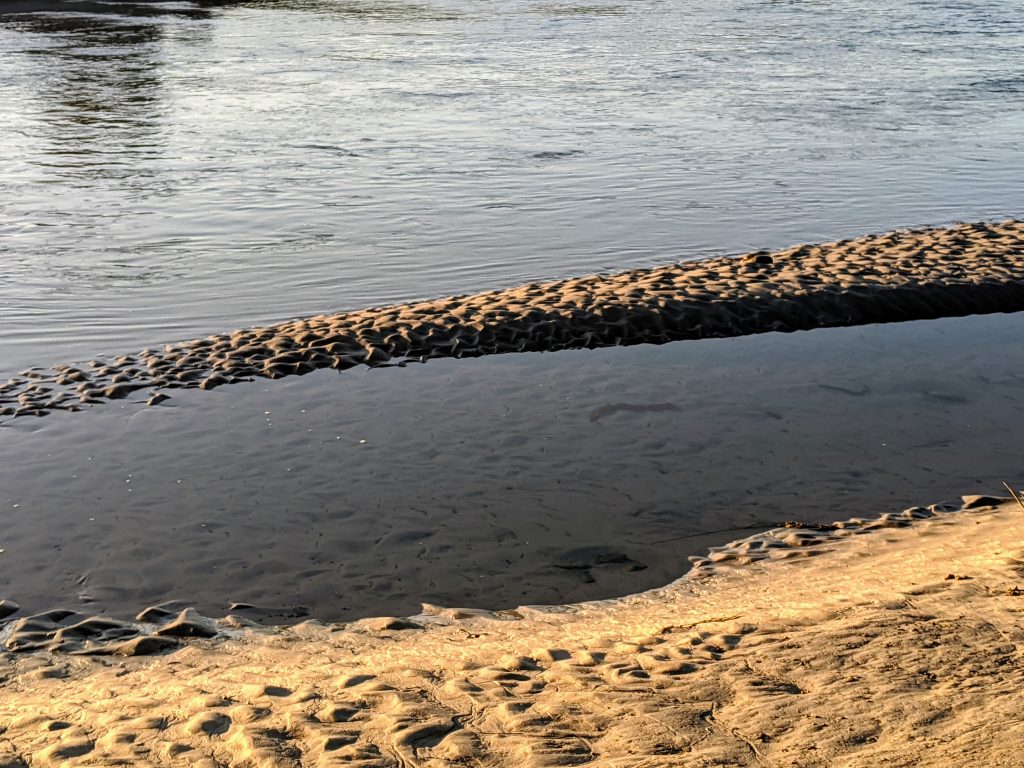 Soon, as the tide started to come in again, we quickly crossed the rock bridge, then we explored the estuary. Sand bars of patterned sand dunes reshaped themselves while sea birds rested for the night. Grasses laid in an out-tide pattern while the golden hour highlighted their browns and golds, just starting to appear on this last day of summer.

Summer Comes to a Close 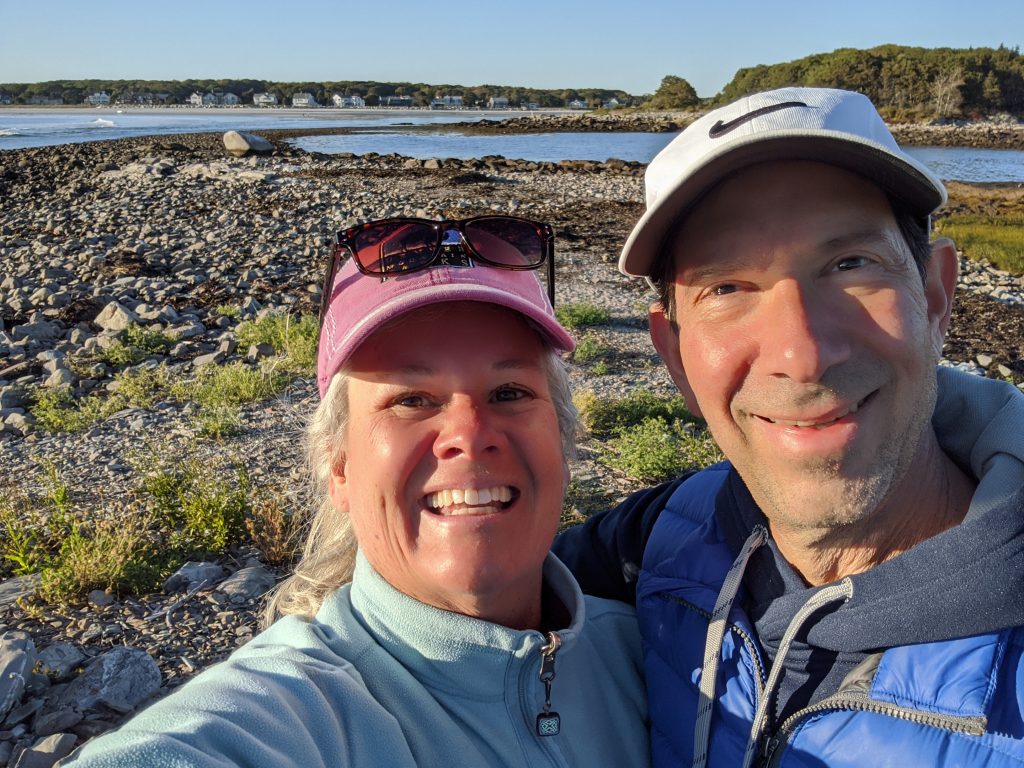 We found a comfy bench to sit and watch the sunset. The summer equinox sank into the sea while fall fought to claim its season. The temperature dropped almost 15 degrees.  We may have found the perfect place in the US to enjoy the last day of summer and the beginning of fall. 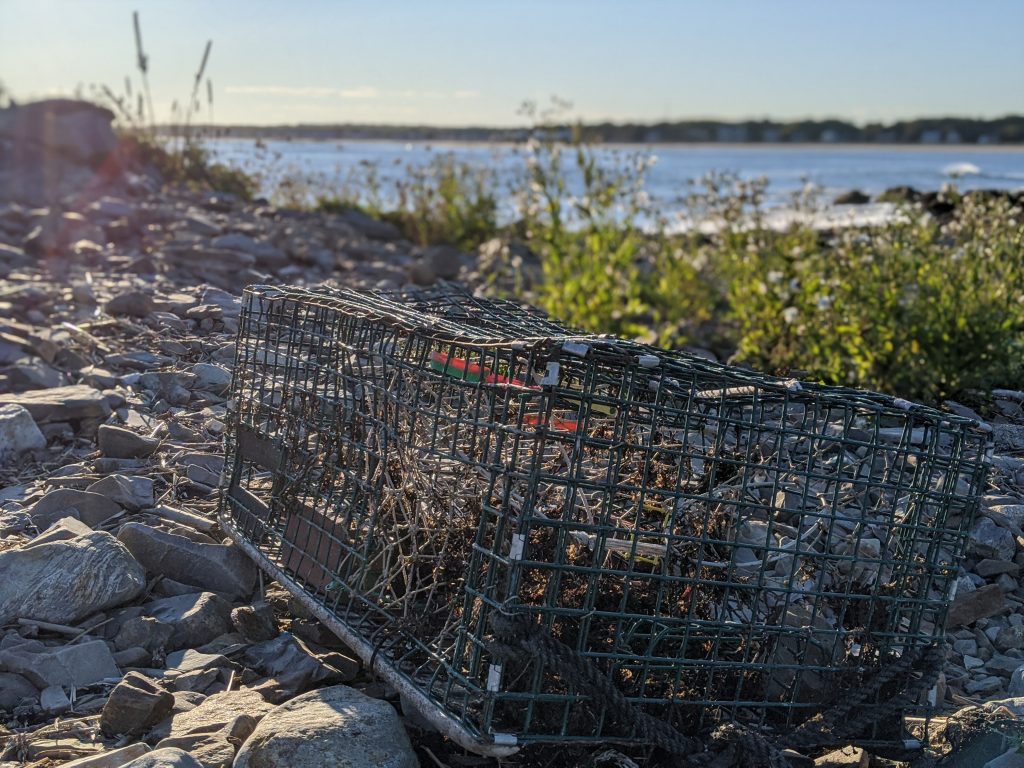 Before we lost the last light of day, we made the quick walk back to our car along the carriage path. Although the round trip distance to the point is only about 2 miles, we had certainly added another mile or two exploring both the estuary and the island.

And although Steve had already had his requested lobster roll, we checked out the Lobster Trail options and discovered we were just a titch too far and too late to enjoy one of its recommendations late on a Sunday eve. Instead, we made it to our hotel near Portsmouth and actually had to settle for frozen pizza at the gas station. Dang COVID. 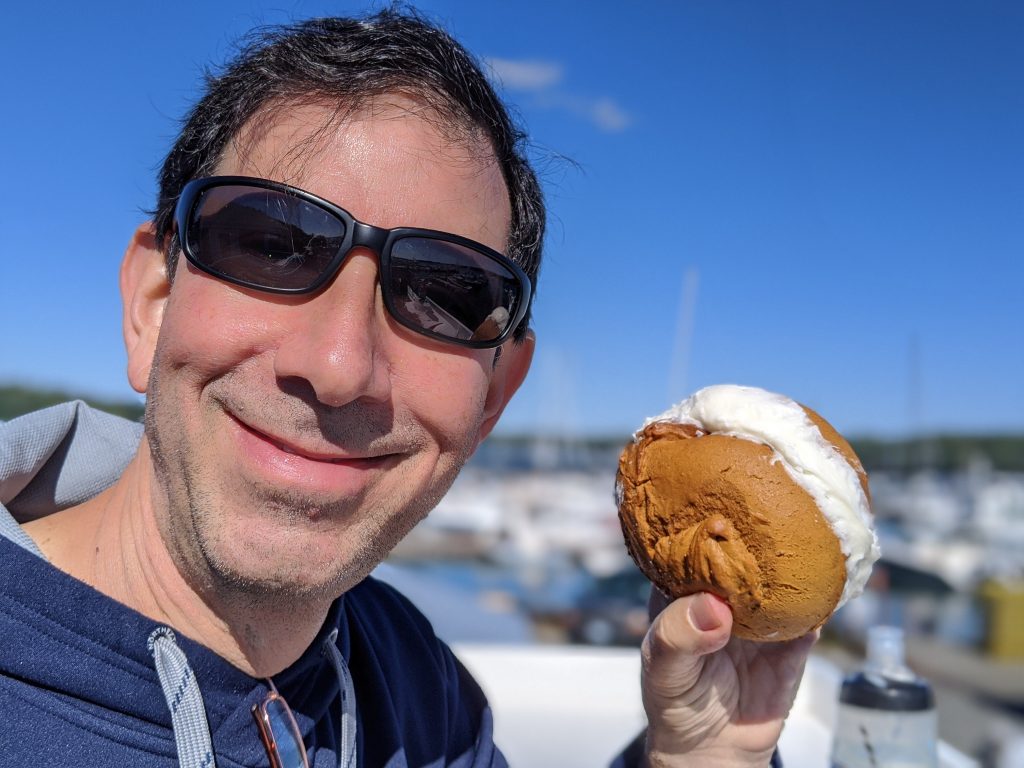 Sometimes, you just have to have a whoppie pie in Maine.

The next morning, the last of our three in New England, we had an hour’s drive to the Manchester airport for a 2:00 flight. What would we do with our time? A quick google search turned up the Black Heritage Trail in Portsmouth, NH. How could we pass that up? We didn’t. Take a look.

If you’re going to be in Maine for a few days, especially during the summer, try out these additional hikes: 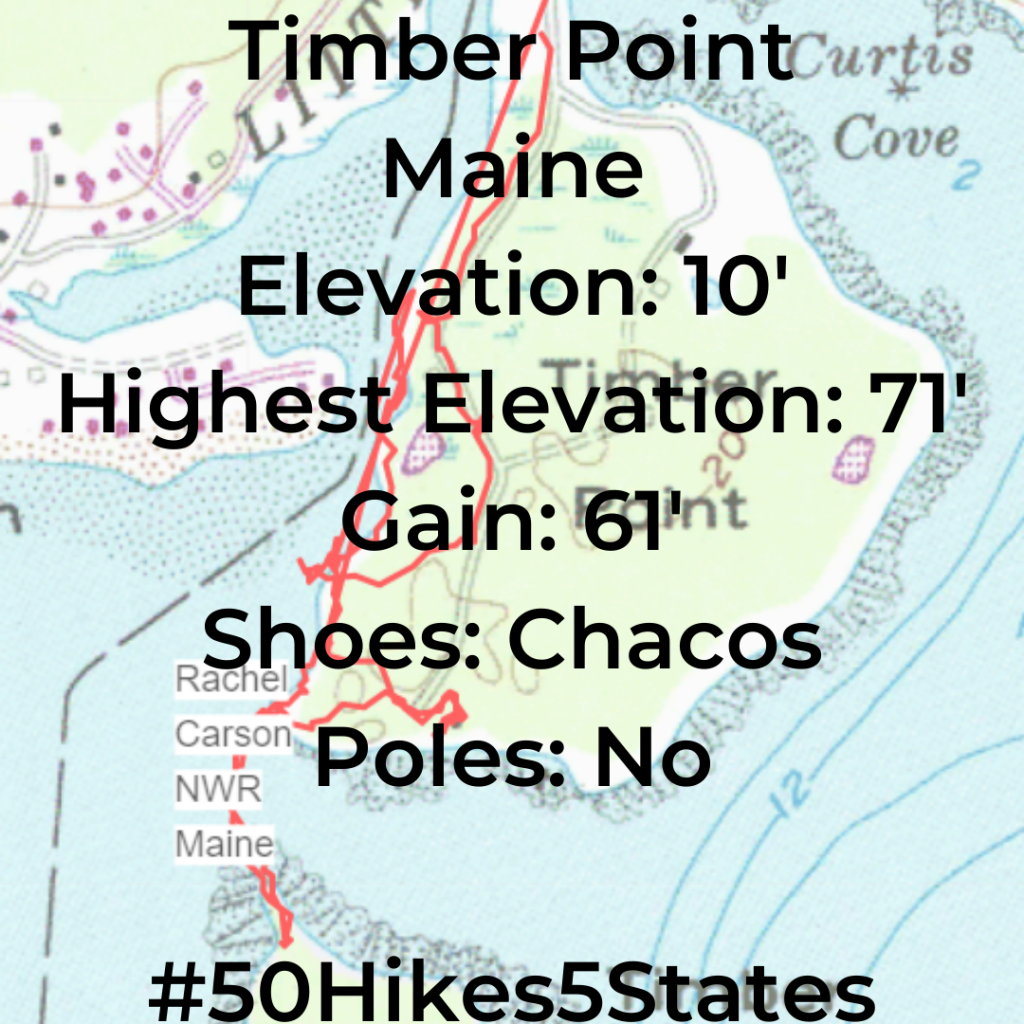