To get to Vermont, you have to *go* to Vermont. It’s not a state that you think you’ll just swing by or get to on a business trip. It’s a place you have to make a plan to visit. Even lumping it into our New England tour of our 50 Hikes 50 States Project required a bit of jigging and jagging to actually cross our toes into the state.

For this weekend’s adventure, we flew from Denver to Manchester, NH, arriving late on a Friday night. We reviewed the COVID rules and determined that if we stayed in New Hampshire to sleep for all three nights we were in New England, we’d somehow keep within the rules of New England travel in the times of COVID. So a quick sleep in a small town we had, then early on Saturday we drove to Vermont.

Fall color was just starting to peep. The changing oaks, maples and birches entertained us on our early morning drive to Hurricane Forest Wildlife Refuge in the small town of White River Junction, VT. With two hikes to do in one day, we wanted to start early and get the first one knocked out before a late breakfast.

Scouts to the Rescue!

Run by the local parks department, this neighborhood trail provides fun for the local Boy Scout Troops and the Vermont Youth Conservation Corps to maintain and the local elementary school to document. You’ll see well-built Boy Scout projects along the trails, and the middle school’s foray into technology in the wilderness. Scan their QR codes to learn a bit more about the fauna of the area. (Sadly, I couldn’t get them to work.)

The park was named after a hurricane that occurred in the late 1700s. After searching hurricane records, I couldn’t find any Vermont hurricanes from the late 1700s but I did find one from 1804. From Early American hurricanes, 1492-1870  by David M. Ludlum:

From northern Vermont a reliable report concerning the Lunenberg area in the upper Connecticut Valley came from Mr H.A. Cutting when later recalling famous storms in his “Natural History of Essex County”:

October 9, 1804 brought with its dawn a great snow storm. The weather had been cloudy and extremely cold for the season for a number of days; and on the morn of this day it commenced snowing, and continued almost without intermission until full 20 inches of snow had fallen.

The refuge also gives its name to a more well-known hurricane that struck a century later on September 21, 1938, and knick-named the Long Island Express. It killed over 700 people, arriving into New England without fair warning. As you hike the refuge, look for felled trees that still remain.

The reservoir may be full at other times of the year, but on the second to last day of summer, I suspect it’s more mosquito pit than fishing hole. We scurried past the small reservoir at the trailhead and up the mountain through the woods along the Beacon Hill Loop, around to Monument Trail and then to the Pond Loop. We did the full Monty of the entire refuge, making sure to hike each trail. At the top of the Beacon Hill Loop, the trails connect to other Hartford Parks and Rec trails, which we didn’t do. We had bigger fish to fry later in the day on our New Hampshire hike.

As we hiked the well-marked trails with occasional roots and rocks, we looked for signs of the oncoming fall. On our drive to the hike, much color from the changing leaves popped into our paths. But for whatever reason, this little park had no obvious signs of fall coming. Except, there were plenty of acorns on the ground and detached from the acorns, Steve found the acorn caps. He couldn’t resist creating a whistle to call the chipmunks!

Our cute short hike of about 45 minutes and maybe 2 or so miles woke up our legs and our senses. The sweet smell of fresh air reinvigorated our lungs. We stopped at the hurricane monument on our way to the car, which got us talking about how weather was recorded so long ago. Thank you to Winsor and Bertha Brown for the donation of this land in 1974, which was close by their home and near to their hearts.

If you travel much in New England, you’ll know that most of the road travel is on small, two-lane, curvy roads that never seem to take you anywhere. You’ll get to an intersection where you think you’ll go left, and your GPS will tell you to go right. You wind around and around and then finally you’ll arrive, swearing you’ve driven two figure eights. That’s how it feels to me, anyway, who grew up with interstates and exits.

After passing by an off-the-grid farm called D Acres selling organic produce and peace signs, we continued to find some breakfast. Sadly, due to COVID, we couldn’t stop into the farm and look around.

None the less, we wiggled and jiggled our way through New Hampshire and found a small cafe. I don’t remember the name of this particular sandwich from the 603 Bakery and Cafe, but I’m calling it a maple syrup sandwich, which I made sure dripped with several tablespoons of the yummy stuff.

Next Stop to Hike, New Hampshire

With one hike under out belt for the day and one maple syrup sandwich in digestion mode, we meandered through New Hampshire to our next hike. It was a doozy. Read about it here. 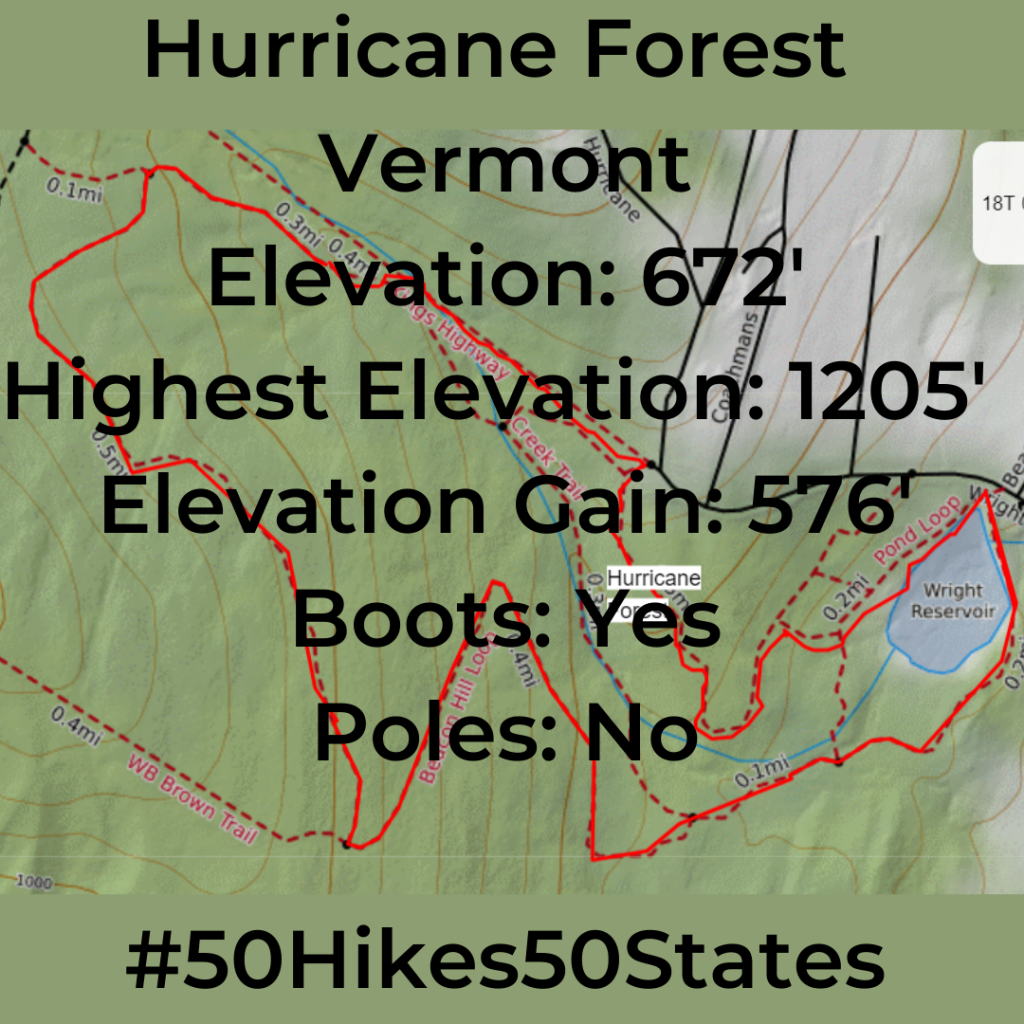