Walking with Wine on the Niagara Escarpment 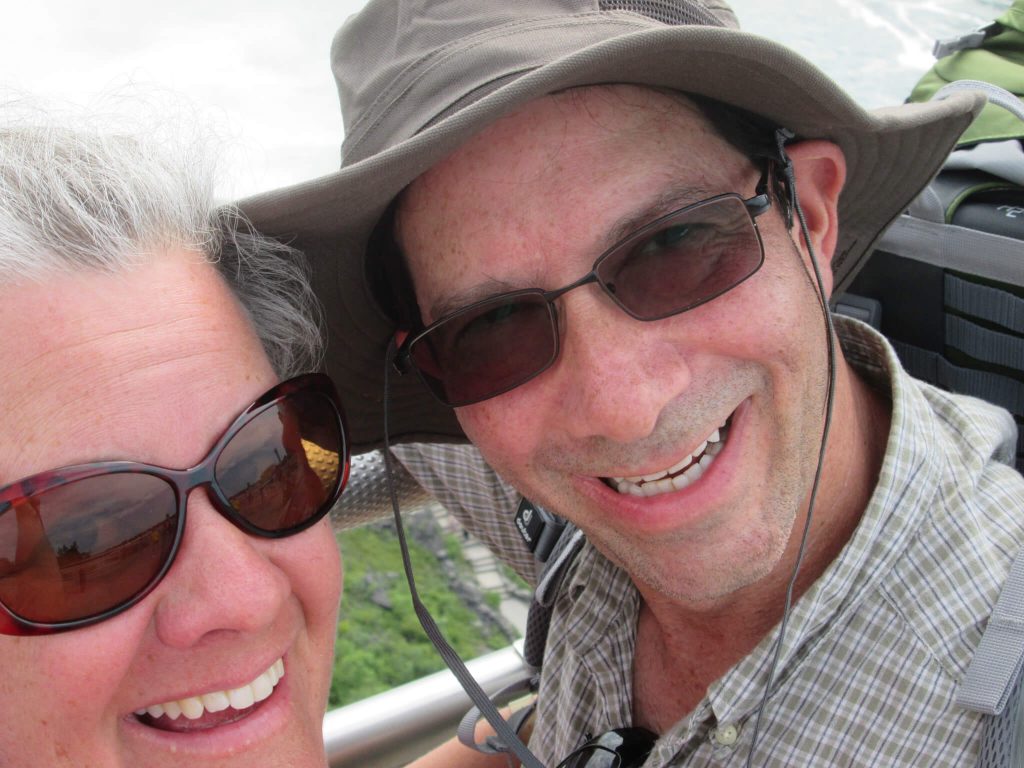 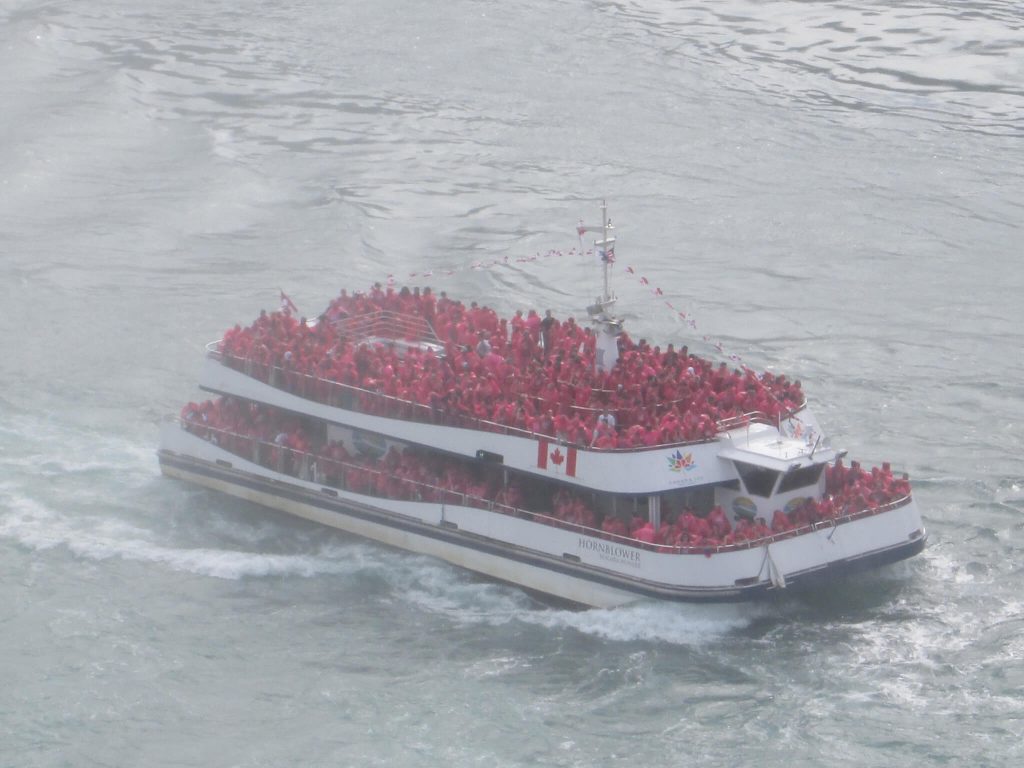 We flew to Buffalo, New York, grabbed a bus to Niagara, New York, USA, and joined a bazillion other tourists on the Maid of the Mist boat ride. A must-do, this boat ride takes the brave to the bottom of the Niagara Falls for an up-close view. Getting wet in the heat of the day was the best part of the ride!

Afterward, we walked the 2-mile amble along the Niagara River to the Rainbow Bridge, turned off our data plans, crossed into Canada, and had a luxurious stay at the Marriott for a wonderfully romantic stay overlooking the Falls. (By the way, if you’re looking for great international cell phone coverage, get Google Fi.)

Hiking Away from Niagara Falls to Niagara Escarpment 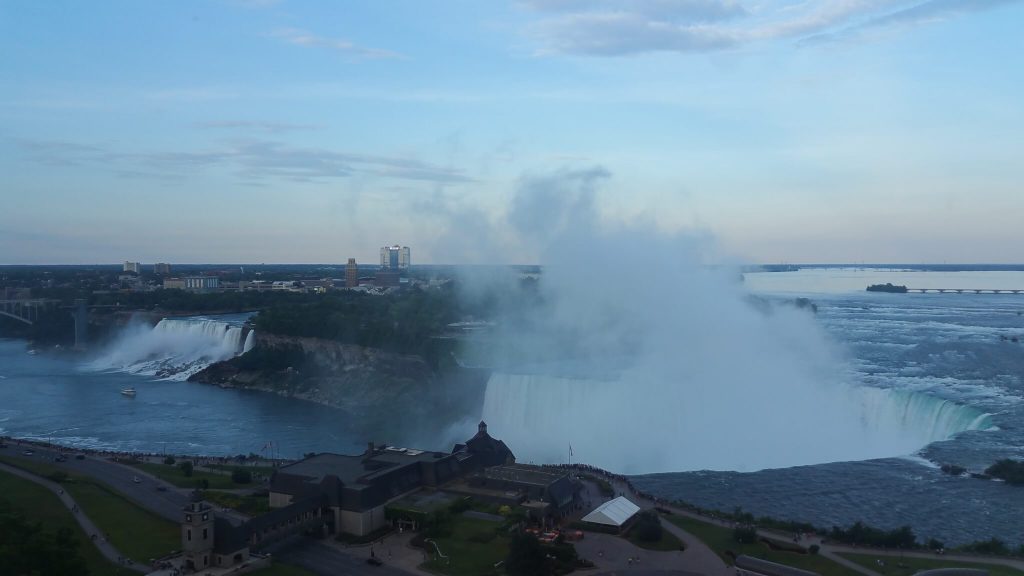 The next morning, we loaded up our water bladders in our packs and headed out by foot. Our first stop put us in 1970, where the city of Niagara hotels shined their old neon signs and Bell phone booths hailed from every corner. Shortly, with the help of very friendly Canadians, we boarded the regional bus to St Catherine’s and then a local bus to the Regional hospital, the last and closest stop toward the Bruce Trail.

Map Is Not to Scale 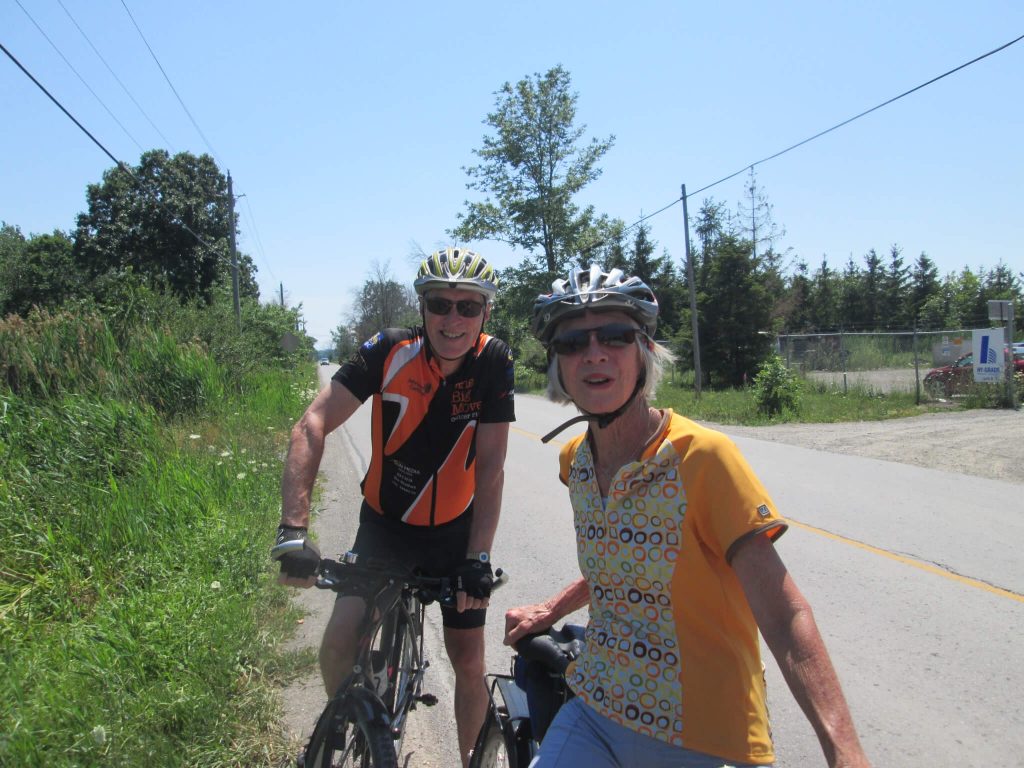 Our plans were to hike to the Bruce Trail and make it to our campsite by mid-afternoon. After consulting with a very nice biking couple about our route, we headed out down the farming roads of Ontario. Tractors, corn, and soybeans paralleled our walk along a 2-lane road with a tiny shoulder. Drivers gave us wide berth, and we settled into what we thought would be a 5 km jaunt to the Bruce Trail.

We should have known things weren’t exactly to scale when the biking couple re-found us to let us know that the Trail was just “a bit further.” After another 5 km, we turned on the data plan and called for an Uber to get us out of the 35 degree heat. The Uber arrived and dropped us at our campsite.

No Fires, No Flies 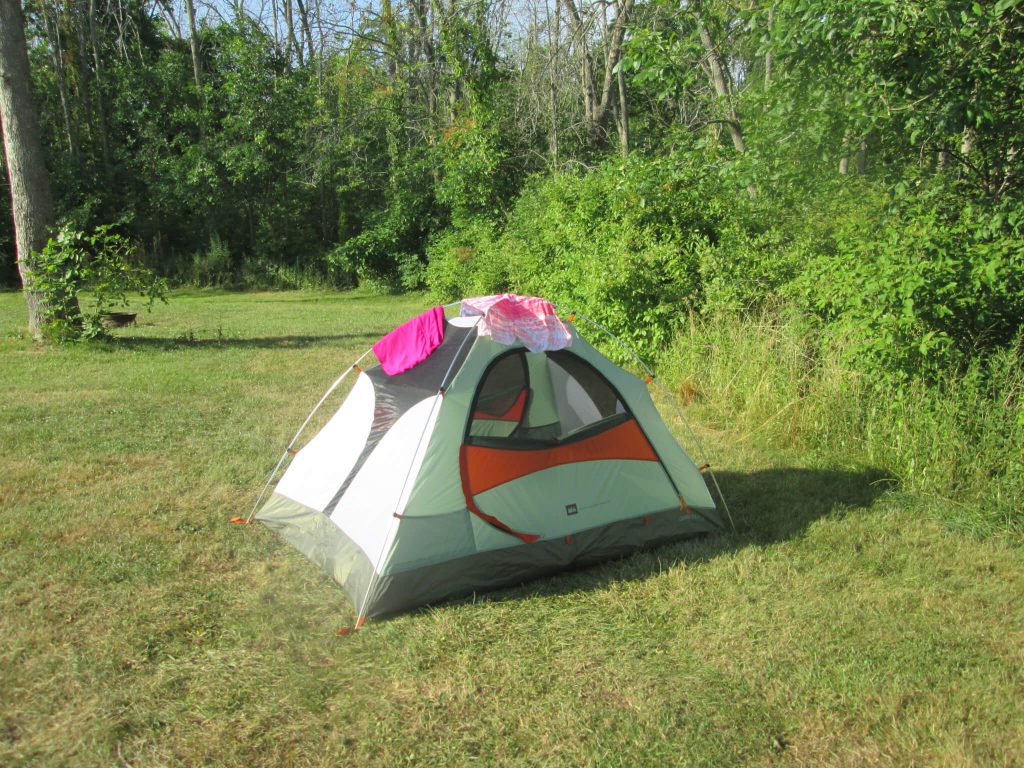 We arrived at the Shangri-La Family Campground, a refuge for the summer RVers of Canada. Snuggled into our camp site all by ourselves, we fell onto our sleeping bags under the shade. Delighted by the coolness and lack of bugs, we rested and then stomachs growled. A trip to the camp ground store let us know that no fires were allowed due to a drought, and thus we had to walk 4 km to town for dinner. Back with our walking shoes, we trekked down the hill, across the Bruce Trail (yeah!) and into Jordan for the best mussels I’ve ever eaten. 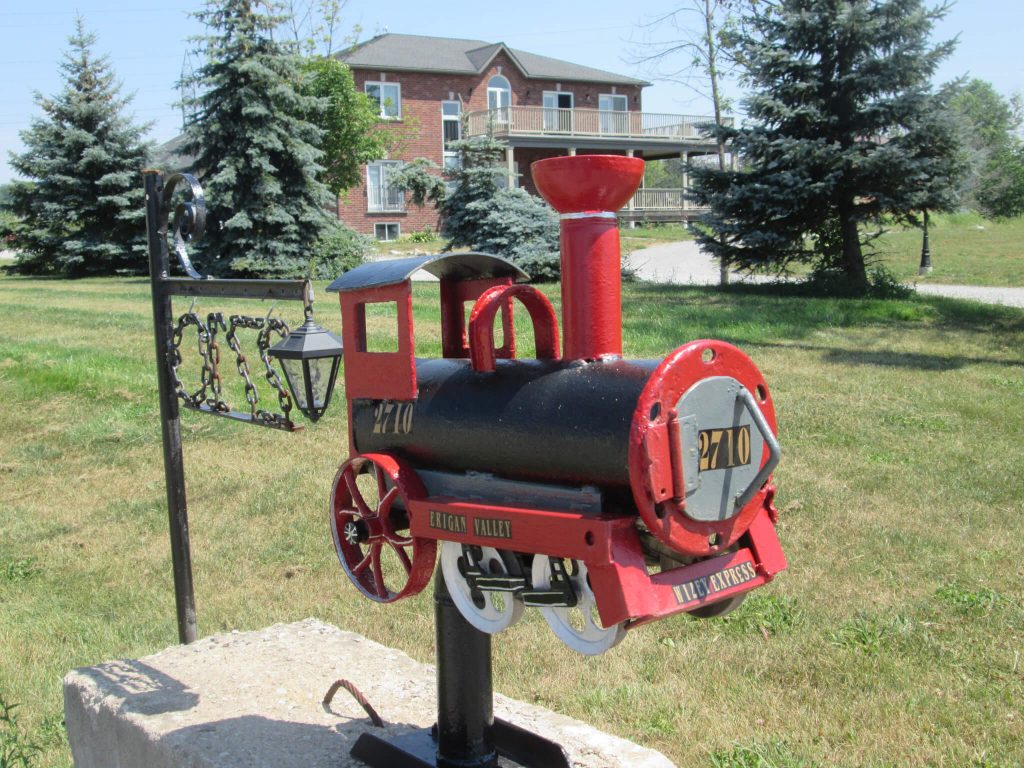 Jordan is a quaint little town in the middle of the peninsula whose claim to fame is its access to the many vineyards surrounding the town. Unbeknownst to us, we had landed in the middle of Canada’s Napa Valley! Taking note of all the vineyards and how to get to them, plus pre-ordering a pizza from the local pizza deliverer for the next day, we journeyed back to our tent for a good night’s rest before the next big day on the Bruce Trail.

Treasures along the Bruce Trail 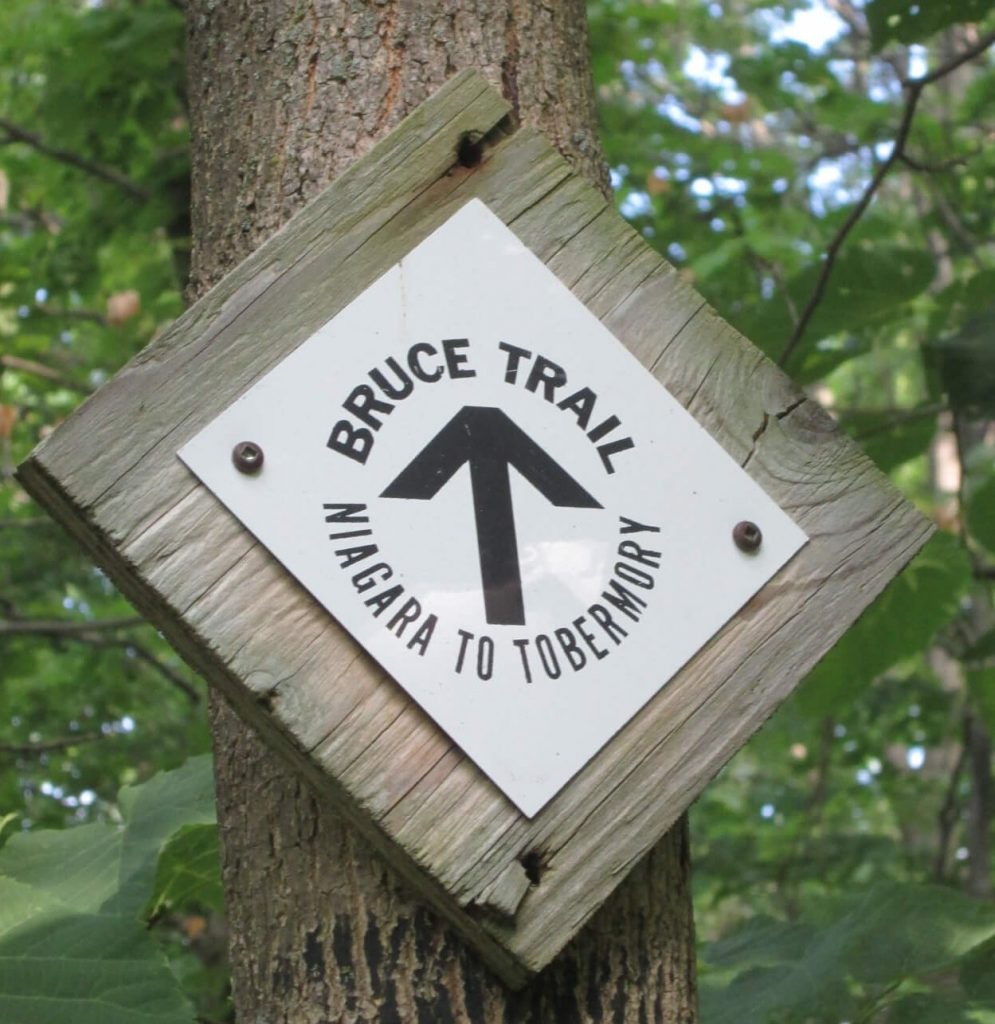 In the morning, we strapped on day packs and headed the 1 km to the Bruce Trail. Finally. Glorious old hard woods, shade, and mossy rocks greeted us. At street crossings, acres and acres of vineyards ripened grapes. Throughout the day we crisscrossed farms, woods, and vineyards on our way to Ball’s Falls, a local conservation area that guaranteed fresh, clean, watery views. Along the way, we even stumbled upon a geocache–a nice surprise treat to break up the day! 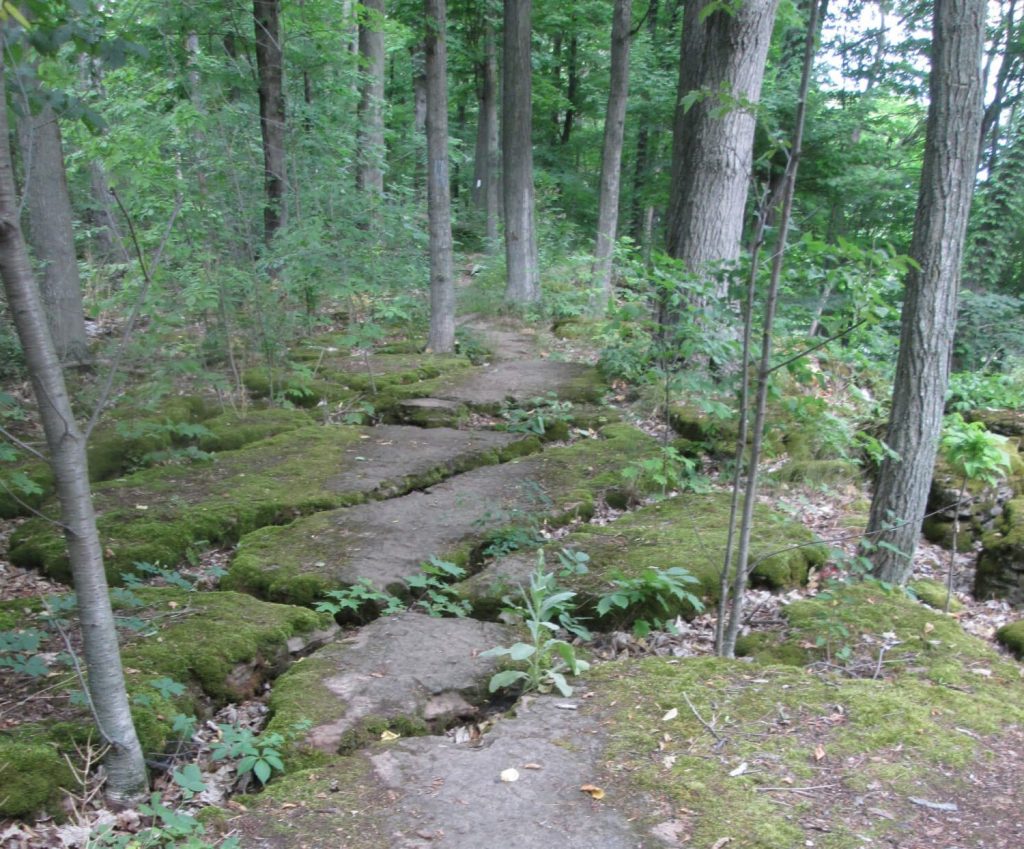 As with all Falls, you gotta go up. And up we went. Very steep staircases forced a few breaks for even these Denver folks, and the entire time, we kept wondering why no one else joined us on the hike. We had the place to ourselves–and the reason why–the Falls were dry. Dry! Not a single drop of water! But despite the lack of water, the rocks were beautiful and provided a great view none the less. 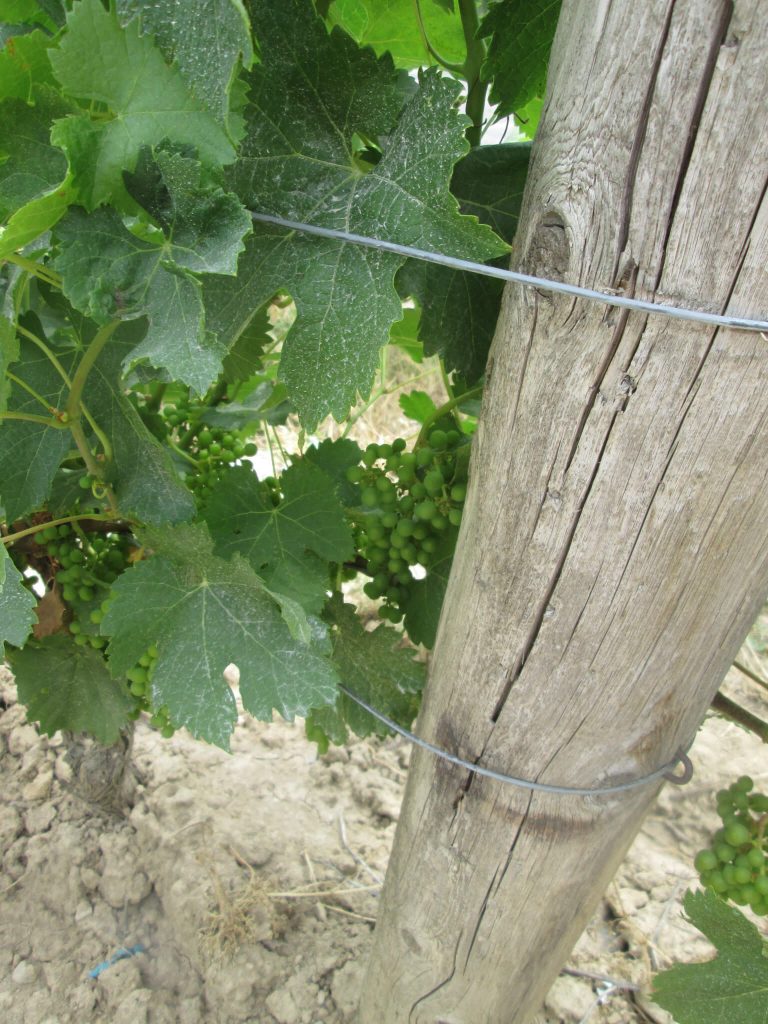 After about 10 km, it was time for a glass of wine. Fortunately, we had many choices! Megolomaniac called our names, but we settled at Flat Rock Cellars. When we walked in, we discovered we could take a tour of the vineyard and processing area plus get three tastes for only $5 Canadian. Deal!

At Flat Rock, they pull the grape off the vine, manually crush it the old fashioned way, and bottle it all within 48 hours of picking the grapes! Fresh and crisp, we enjoyed Chardonnay on the balcony for what must have been the longest time anyone has every relaxed on their balconies.

The Hunt for Poutine 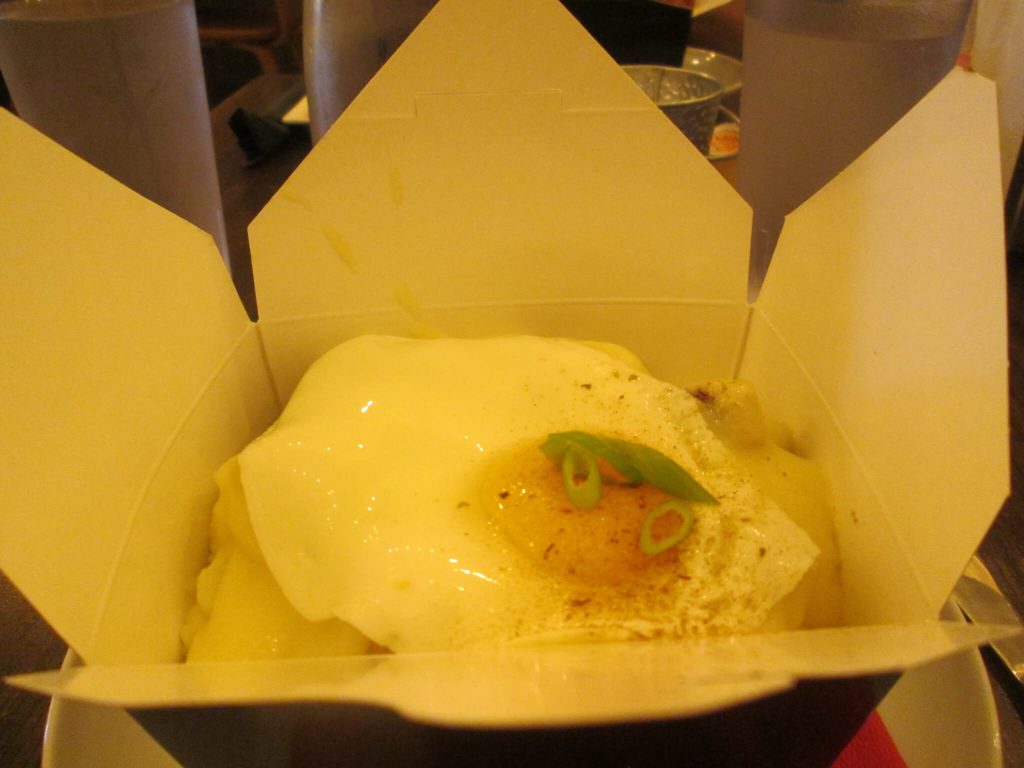 The next day, we loaded up, grabbed the bus and dropped ourselves in Toronto. Rather than more walking, we settled on a Segway tour of the Distillery area, where we learned that Toronto’s long drinking history is rooted in the fear of cholera–drink whiskey instead of water! Next up was a hunt for the best poutine in Toronto, which we actually didn’t find until the next day on an amble through Kensington market and Chinatown. 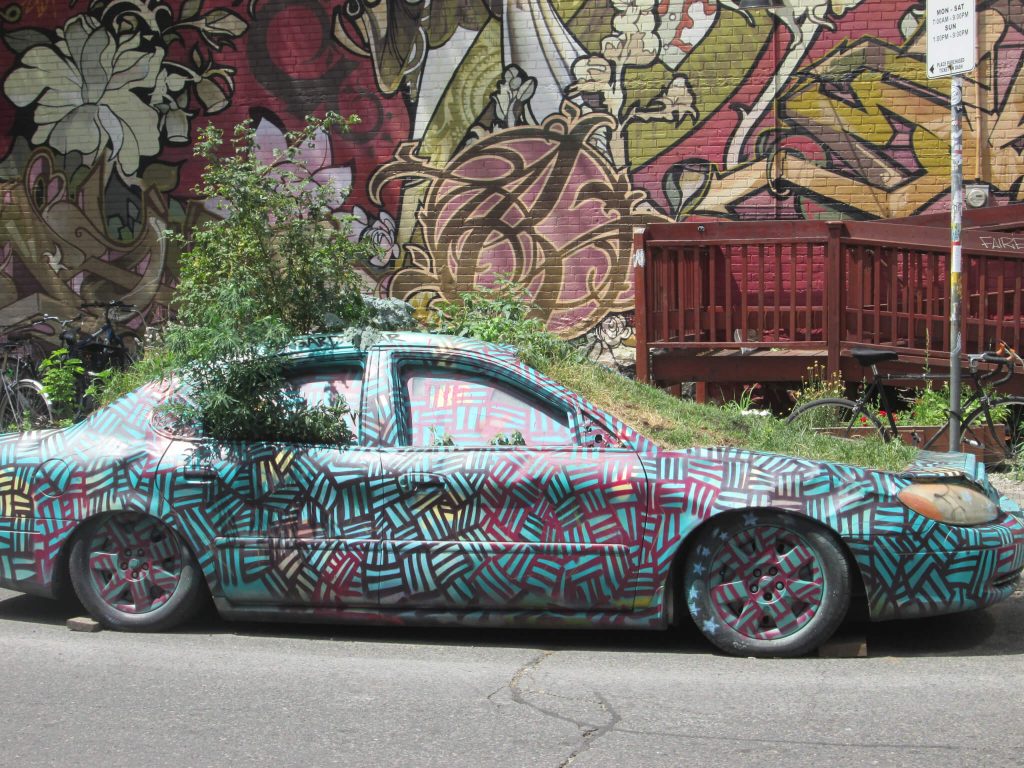 Kensington Market is a funky, hippie area of Toronto housing the best ethnic foods of Toronto. In a town where about half of the population hails international roots, the tastes of Toronto surprise most. For us, we wanted true Canadian food and landed at Bacon Nation. If you’ve been a long-time reader of my blog, you’ll  know I am vegetarian. So I settled on the breakfast pountine–cottage potatoes topped with cheese curds, Hollandaise sauce and a fried egg. OMG. 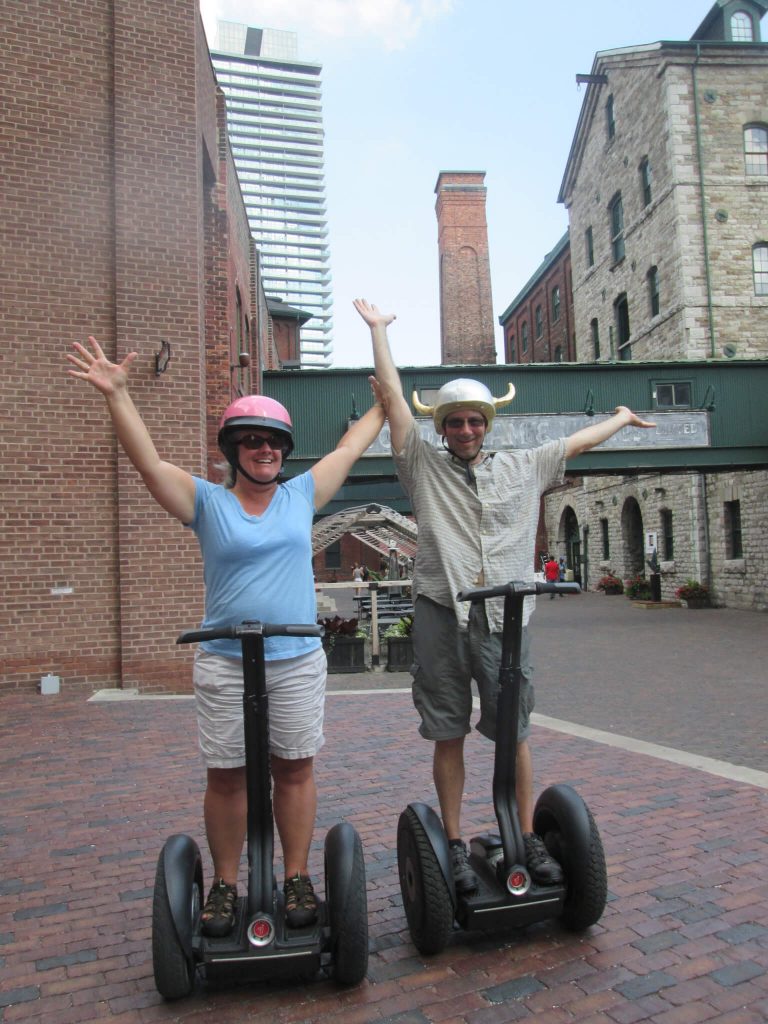 Stuffed, it was time to leave Toronto. We grabbed a mega bus, crossed the border, arrived at Buffalo and crashed in the airport hotel for the night. The next morning, our vacation of walking the Niagara Escarpment came to an end. The best part: spending undocumented time without a plan and holding space to enjoy my husband. Thanks Canada.