Update: This post was updated October 2021 after using Fi for over three years.

I have been using Google Fi for three years. In that time, I have traveled to Chile, New Zealand, Australia, French Polynesia, Easter Island, Chile, Peru, Colombia, Panama, Mexico, Ireland, Scotland, Northern Ireland, England, France, Spain, Portugal, and Canada. I live in Denver, Colorado, and I’ve also traveled to Illinois, Indiana, Massachusetts, Rhode Island, New York, New Jersey, Connecticut, Pennsylvania, New Mexico, Utah, Arizona, Alaska, Kentucky, West Virginia, Virginia, Delaware, Maine, New Hampshire, Vermont, North Carolina, South Carolina, Tennessee, Maryland, Texas, Wyoming, Montana, New Mexico, California, Washington, Oregon, and all of the 50 states. The only time I have ever had any trouble with Google Fi is in my basement in Denver, in the back country of West Virginia, the middle of the Pacific Ocean, on the reservations through Arizona, and in the Amazon in Peru.

After three years, I absolutely recommend Google Fi with a Pixel. Read my full experience below.

You can get a $20 credit on Google Fi with my referral.

Google Fi in China, the World and in Denver

My first international experience with Google Fi was on a trip to China where I could easily use Facebook, Instagram and Google in China on my phone without any blockage and with complete access. In addition, I had complete ability to call and text at any time. I did all of this with Google’s Project Fi, which was just renamed to Google Fi in 2019.

When was the last time you loved your cell phone service?

Since this original trip with my Google Fi cell service to China, including Beijing, Shanghai and Guangzhou, I have been to Chile, New Zealand, Australia, French Polynesia, Easter Island, Chile, Peru, Colombia, Panama, Mexico, Canada, Ireland, Scotland, Northern Ireland, England, France, Spain, and Portugal. I love Google Fi and I love my Pixel 3 and Pixel 4a. Keep reading.

Here’s how it works. First, you must have a Google Fi compatible phone. I dumped my Samsung S6 for a Pixel 3. I then dumped Verizon for Google Fi. Both were fabulous decisions I don’t regret. I then signed up for Google Fi (previously Project Fi), and I’ve never been happier.

My cell phone service in Denver, throughout the US, in Canada, all over South America, French Polynesia, the UK, western Europe, and now in China has been impeccable. Voice is clear. Text messages go through without any delay. And I can access all of my apps, including Facebook, Instagram, Twitter, Google, and Gmail.

How did Google Fi with my Pixel work in China in particular? 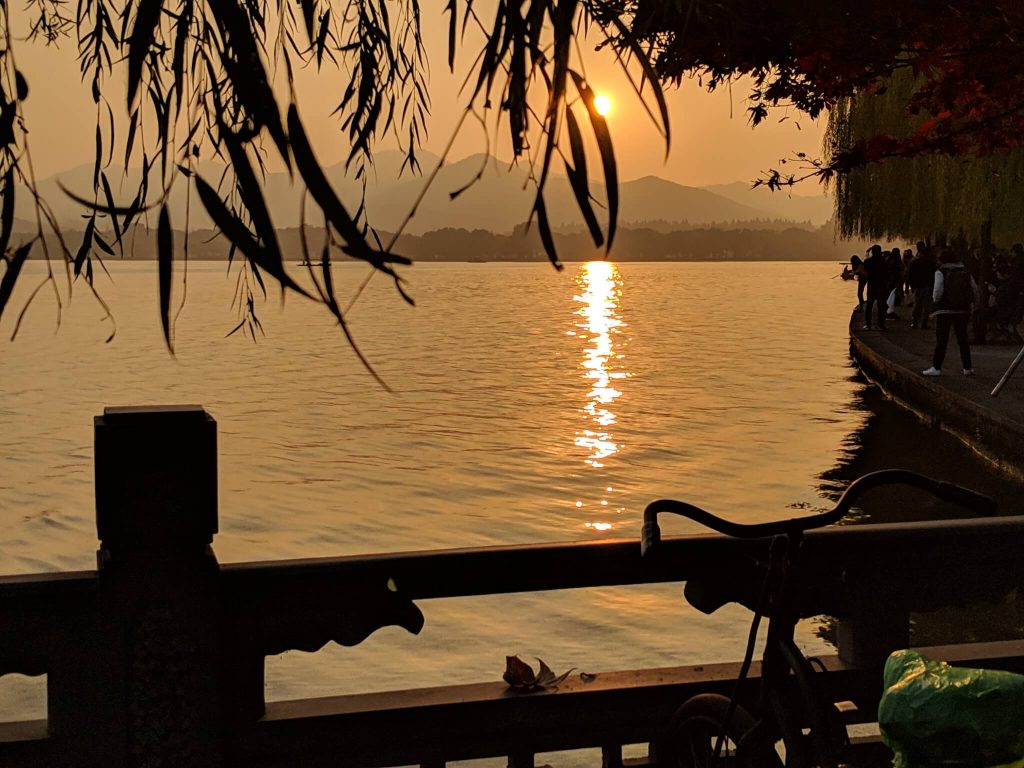 As long as I was using CELL service via Google Fi, it worked beautifully. The minute I switched to WIFI in China, I was blocked on several apps and websites. Yes, it costs me. But it costs me the standard Google Fi rates. $20 per line/$15 each additional plus $10 per gig of data. My husband, on the other hand, when he used is Samsung with Verizon had access problems the entire time we were in China.

I’m a moderate user of data. While in China, I did Facebook Lives, photo uploads, and video uploads via Instagram and Boomerang. I used two gig of data over 10 days, costing me $20 for basically all the international data I could use. On the other hand, my husband was on his Samsung S9 with Verizon’s TravelPass and was having a horrible experience. He couldn’t access apps, WIFI was inconsistent, and he could never get on Facebook regardless of what he did. He couldn’t get his texts either. Every time he suffered on Verizon, I had access on Google Fi. In a Verizon vs Google Fi contest, Fi won every time. 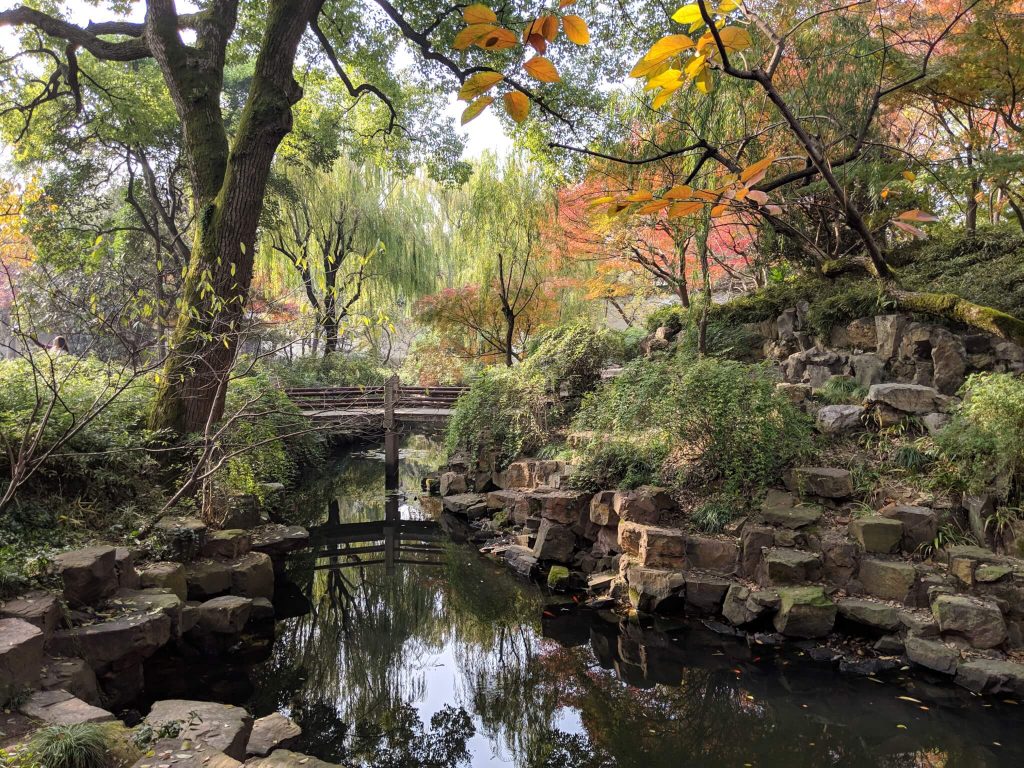 Many blogs and reviews have been written about the Pixel 3 camera, so I won’t go on and on here. But I will say that the photos I produced were top notch, and the compliments on Instagram came pouring in like never before. All of the shots here in this post were done with my Pixel 3, no editing, no filters. I have since upgraded to a Pixel 4a, and I am even happier. The nighttime shots with my Pixel and its ability to blur the background make it outstanding. Check out this picture of us in the Banksy Tunnel in London.

If you’re wondering how you’ll get online while traveling internationally and especially while in China, Google Fi with a Pixel 3 Pixel 4a is the hands-down best option for great access to Facebook, Instagram, Google, Gmail, Twitter and more. Plus, the price is right (cheaper than Verizon, T-mobile, AT&T, Sprint) and the camera is amazing. You can get a $20 credit with my referral. (If it says it’s timed out, just let me know, and I’ll send you another referral link.)

If you’re thinking you’ll just swap to a SIM card when you land internationally to save money, don’t do it. Here’s why. The beauty about Google Fi is that the minute you land on the tarmac, you phone works. It simply works. And what do you need when you land in a new country? The Internet. You’ll need it to find taxis, ubers, hotels, atms, etc. If you wait to get a SIM card when you land, you have to 1) find a provider, 2) install the SIM, 3) hope it works and 4) troubleshoot in the local language. You MAY save a few dollars, but why? Pay the extra $4-5 for Google Fi and save yourself the insane hassle of buying local SIM cards that may or may not work.

Google FI in the Time of COVD

During the height of COVID, my international travel and some of my domestic travel came to a screeching halt. None the less, as my travel narrowed to just the US, I continued to get great service driving from state to state while I executed my 50 Hikes 50 States Project. I still got great service in the backroads of the US as well as in the city centers of the major US cities. I visited every state and only had Google Fi issues on the Native American reservations in Arizona.