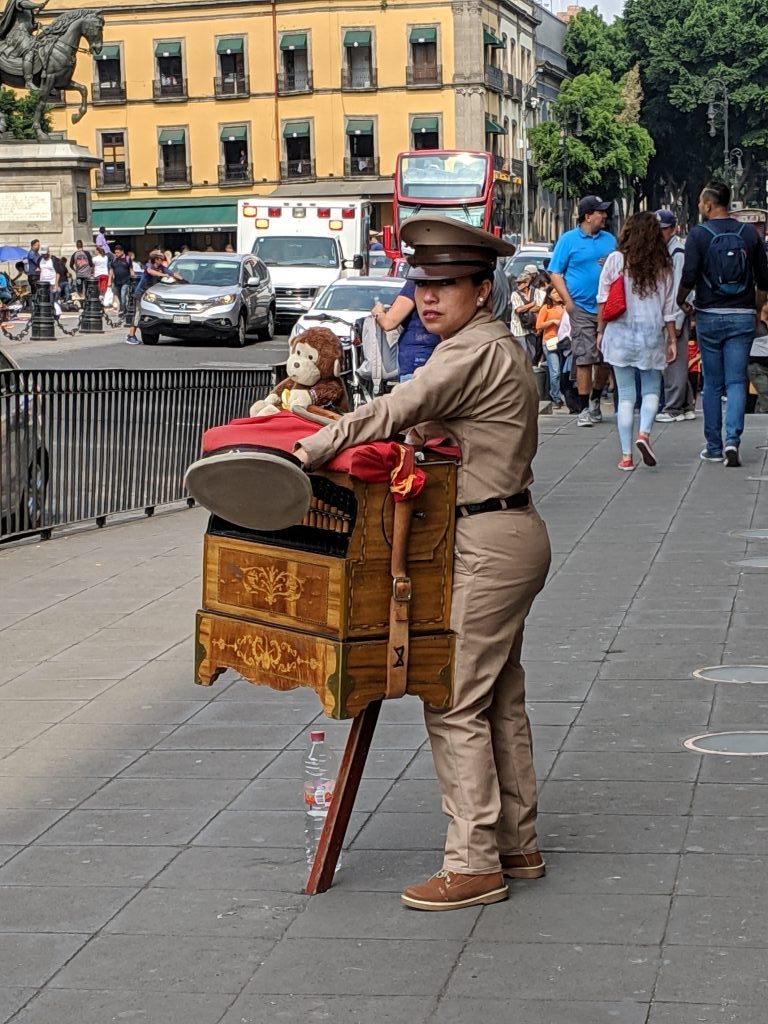 Mexico City welcomed the 46 of us digital nomads to our fourth and final month of our Remote Year adventure. We were thrilled to arrive to another new city, but I think we were all most happy about two things.

We were closer to home and back in North America.

If you’ve been following along, you know the first month in Santiago involved new friends and hopeful futures, our second month in Colombia we settled into our new normals, our third month in Lima brought out the true sides of our personalities, and the fourth month in Mexico City….well… 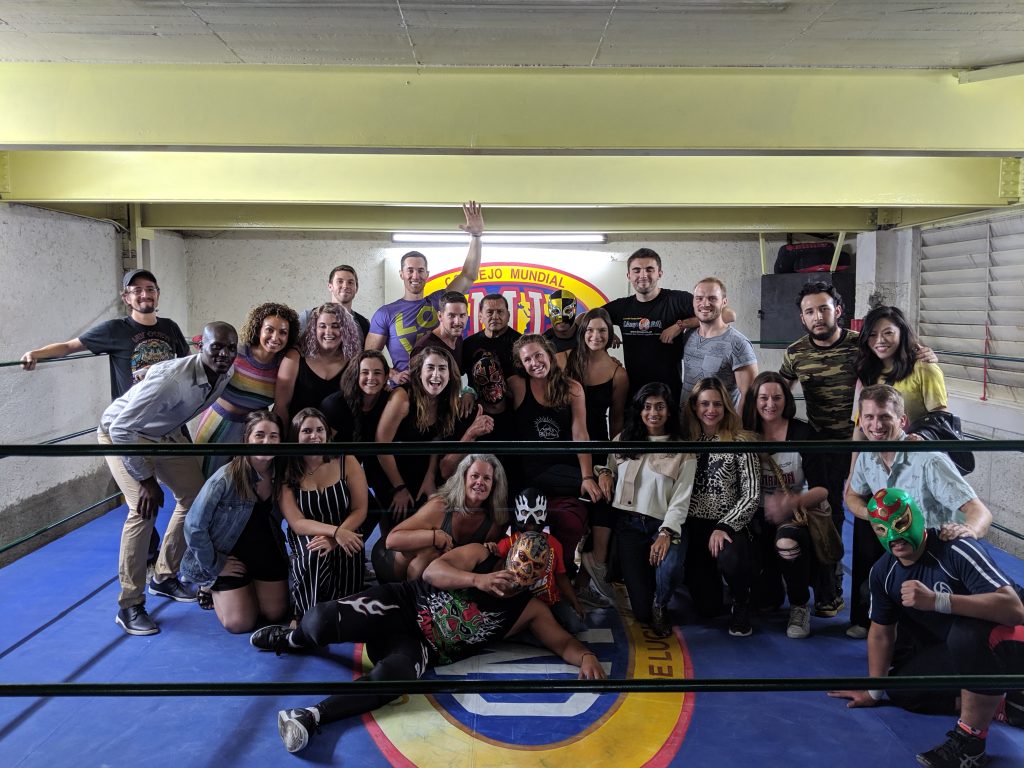 I’ll start with the workspace. In Lima, we had all scattered to the four corners of Miraflores. In Mexico City, our workspace brought us back together mostly. On the sixth floor of a hip building, we found the outdoor spaces welcoming and engaging. But then the smoggy air and high temperatures set in, sending us out to coveted coffee shops or within our own apartments.

Thankfully, the local Mexico City Experience teams brought forward some fabulous group activities that made folks laugh and hug once again. We worked out with the Lucha Libre team, we sweated in temezcal lodges, we journeyed through markets, we raised a ton of money through a taco-eating challenge, and we came together for a fabulous farewell dinner. Yet despite the camaraderie of the group events, every one of us at some point in the month at least once, if not more, stated, “I’m over it.” 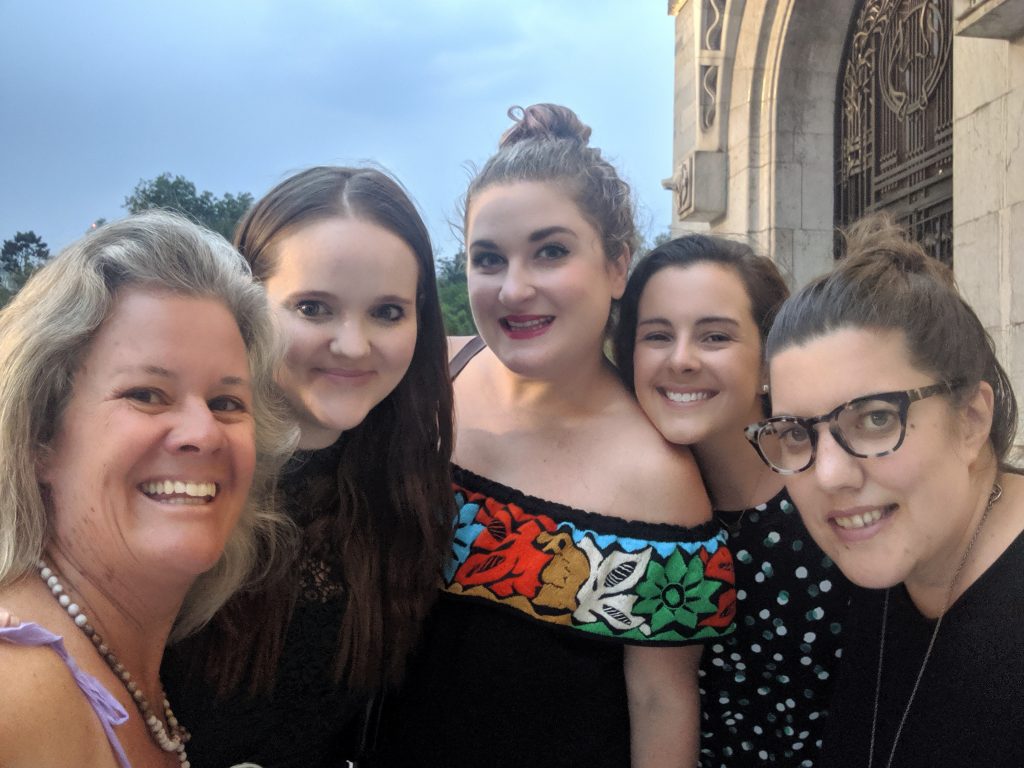 I’ve mentioned all along that the hardest part of this remote traveling adventure has been the group and its dynamics. By the time we finished in Mexico City, we were all clearly aware of who we’d be friends with in the long term and who we wouldn’t. Folks stopped trying to forge new friendships, and they focused strictly on sealing their existing ones. Patience ran short, tempers and misunderstandings ran high.

On the other hand, true friendships solidified. Many Pachamamas, as we were called, made future plans with each other. Some even continued to travel together, others swapped house stays, and even more promised to visit each other around the world. Just because the program was ending, many friendships and a few relationships will continue. 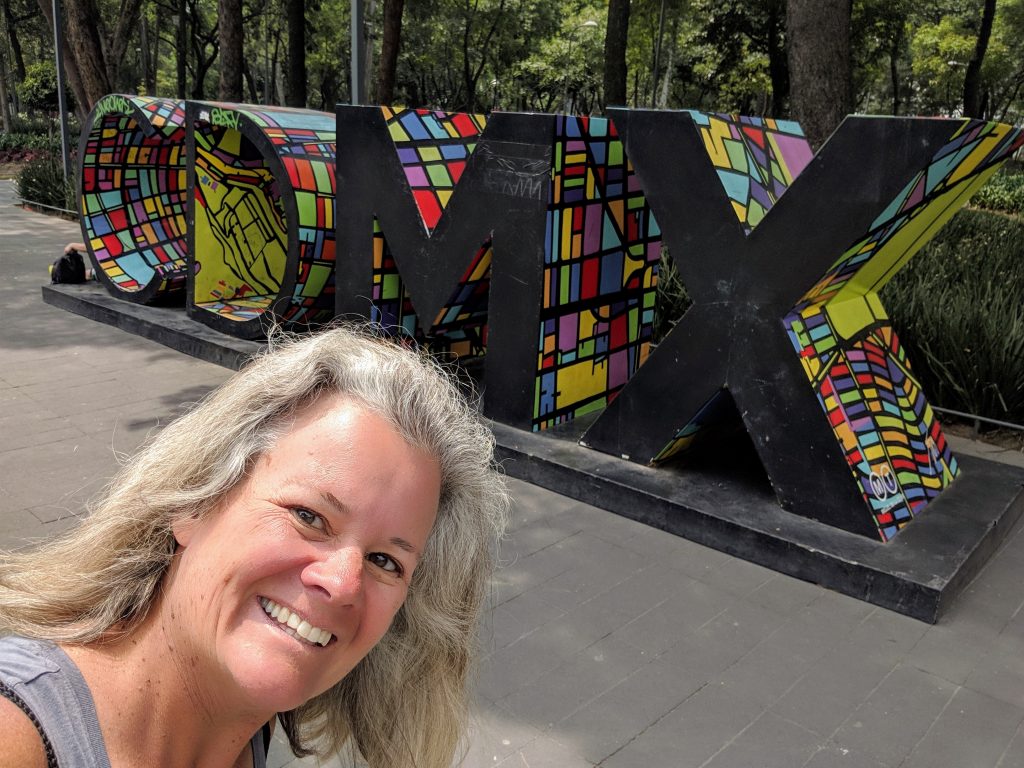 Reflecting back on my four months, I grew. I didn’t expect to, and I did. Here’s what I learned.

Would I do it again? 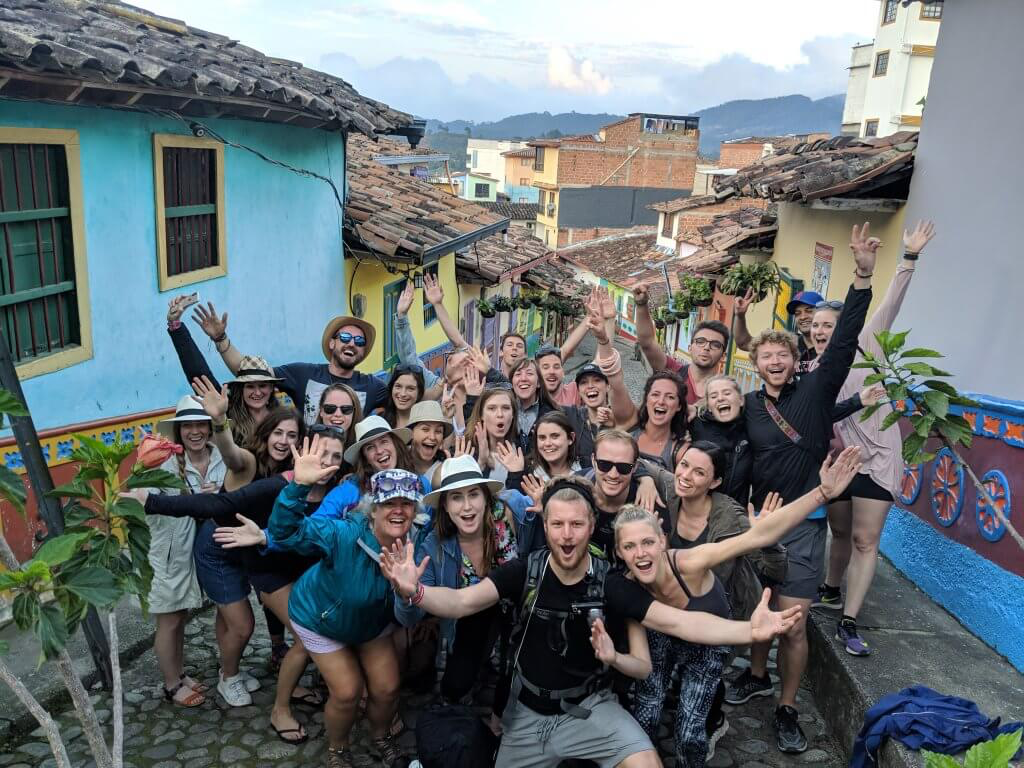 Yes…but…I wouldn’t go 5 months (remember, I started off on a month-long cruise before Remote Year started) without my husband. Not because I don’t want to solo travel, which I do, but because I like him too much.

Would I do it with Remote Year? 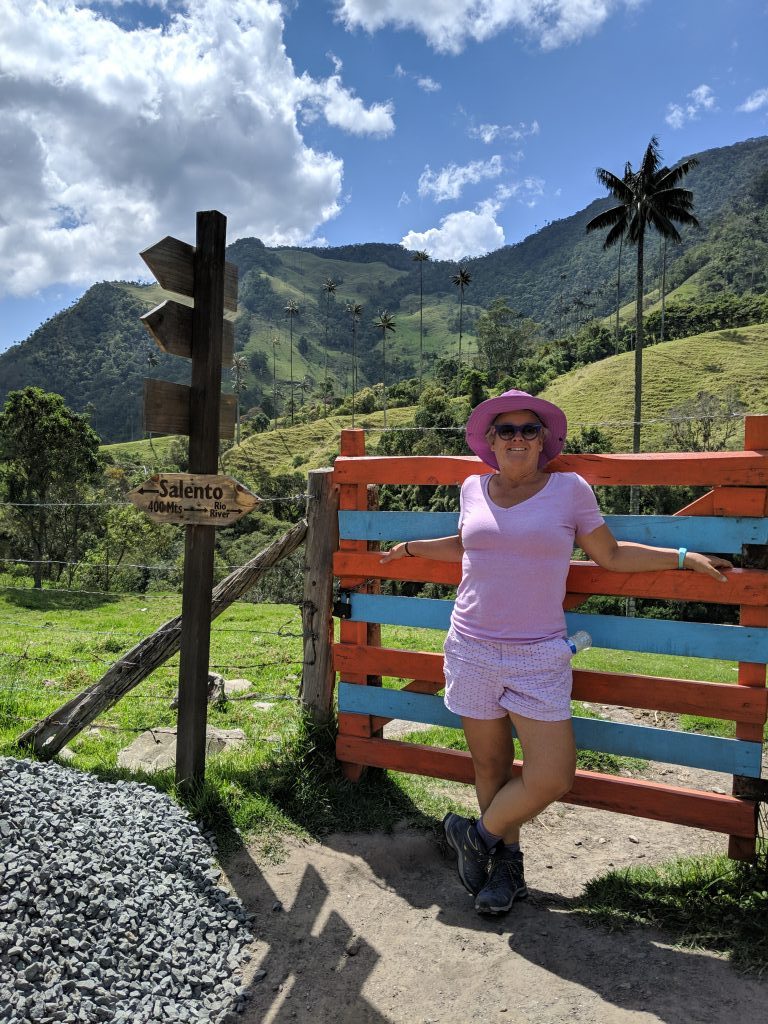 Yes…but…while in Mexico City, we co-habitated with another Remote Year group on a year’s adventure. Mexico City was their last month, too. I talked with them often about the length and rhythm of their year-long journey. They scoffed at how my group was “ready to leave” at the end of four months–their’s was just getting its beat. They had a larger variety of ages, and they had more men than women.

I learned that each group has its own vibe. You can jump between groups (with some advanced notice). You make your Remote Year. You make your fun. You have to be in charge of your own destiny, and you have to  make changes that fit your needs. Remote Year won’t do it for you. 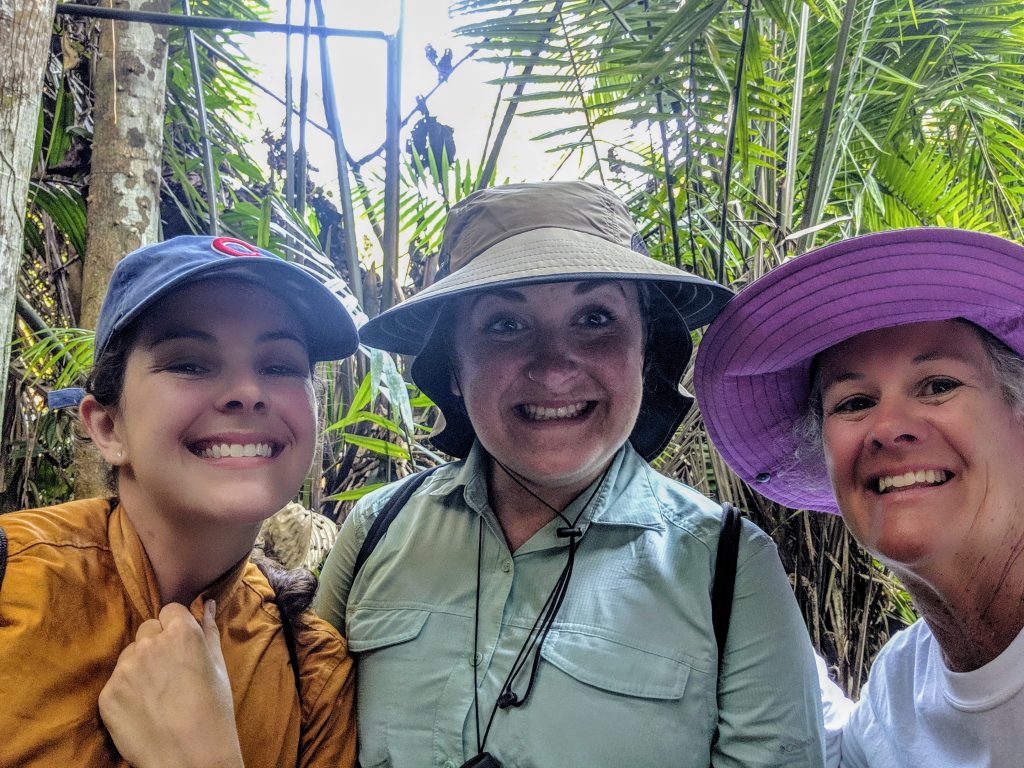 So, yes, I’d recommend Remote Year. But read all my posts. Send me a note to ask. Being a digital nomad in a group takes a special attitude and willingness to be patient, grow, and accept so many things out of your control. If you can go along to get along, lead your own adventure, have a thick skin, and laugh at the small stuff, this is the trip for you.

~See you in the world