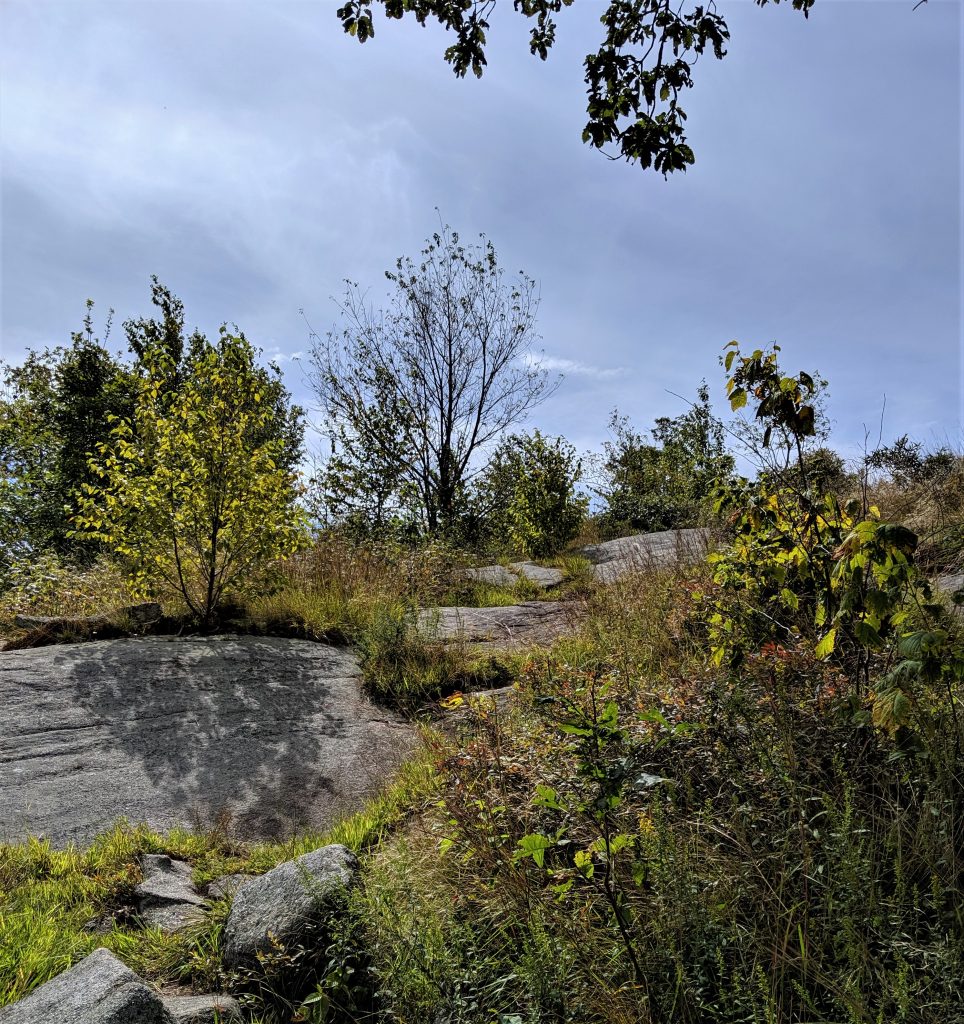 After our pleasant, Norman-Rockwellesque hike in Pennsylvania on our 50 Hikes 50 States Project we headed north past New York City to Harriman State Park. Just 45 minutes from the Big Apple, this state park welcomes hikers to miles and miles of good hikes from easy to challenging.

Get a Map for Harriman State Park

Prior to arriving, my husband and I grabbed some oatmeal from Starbucks. I mentioned to him that we should buy some lunch to pack for the hike, and he responded that we’d probably be done with the hike way before lunch. He didn’t feel the need to snack up; I on the other hand agreed we should be off the trail by noon, but went ahead and bought two hard boiled eggs “just in case” we needed a protein nibble. Little did I know at the time that these eggs would be our saving grace for the day. 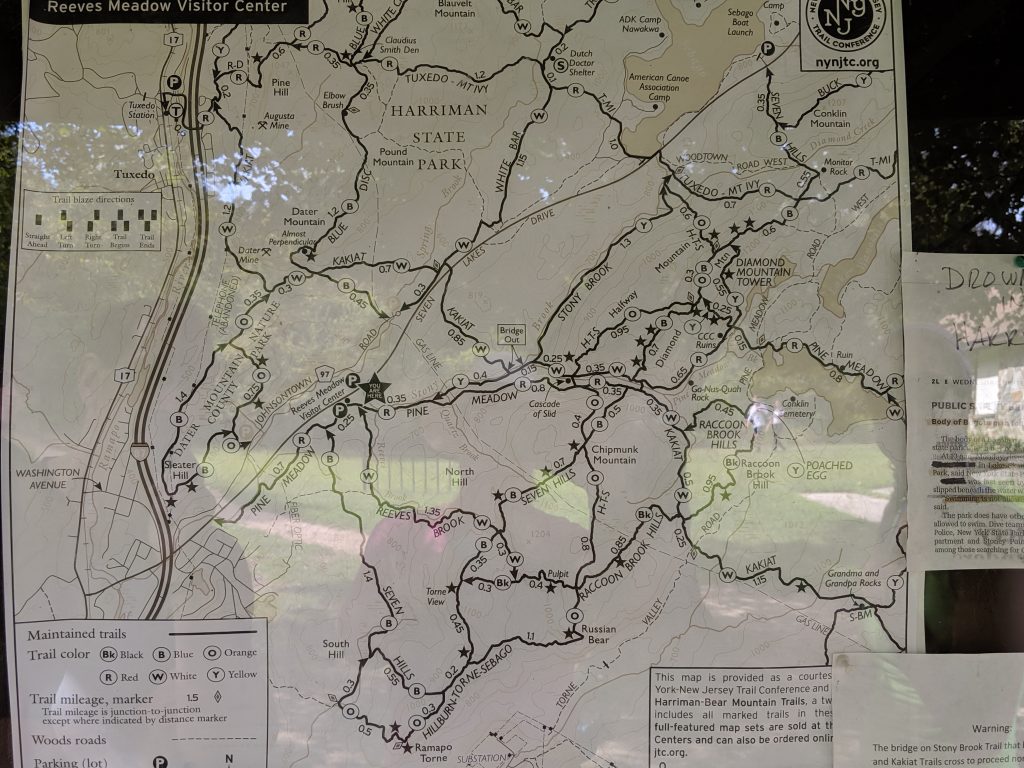 We pulled into the park at around 9. The small parking lot at the Meadow Brook Visitor’s Center had filled already, so we parked along the street with over 50 other cars. It was Saturday of Labor Day weekend, the weather was perfect for a hike, and we joined every other city dweller at the Visitor’s Center.

Small and quaint, the local non-profit ran the Visitor’s Center. They sold trail maps for $3.50 and didn’t allow pictures. We thought that was a bit silly; add to the pain was that the bathrooms were “out of order.” My attitude got the best of me. Not only did I not buy a map, I got a bit snarky about the whole situation. None the less, we walked out of the Visitor’s Center to find a public bulletin board with another map hung up for everyone to see, where I did take a map picture. It mapped the trails. We found our pre-determined route (the Reeves Brook circular) and went hiking.

Which Way to Go? 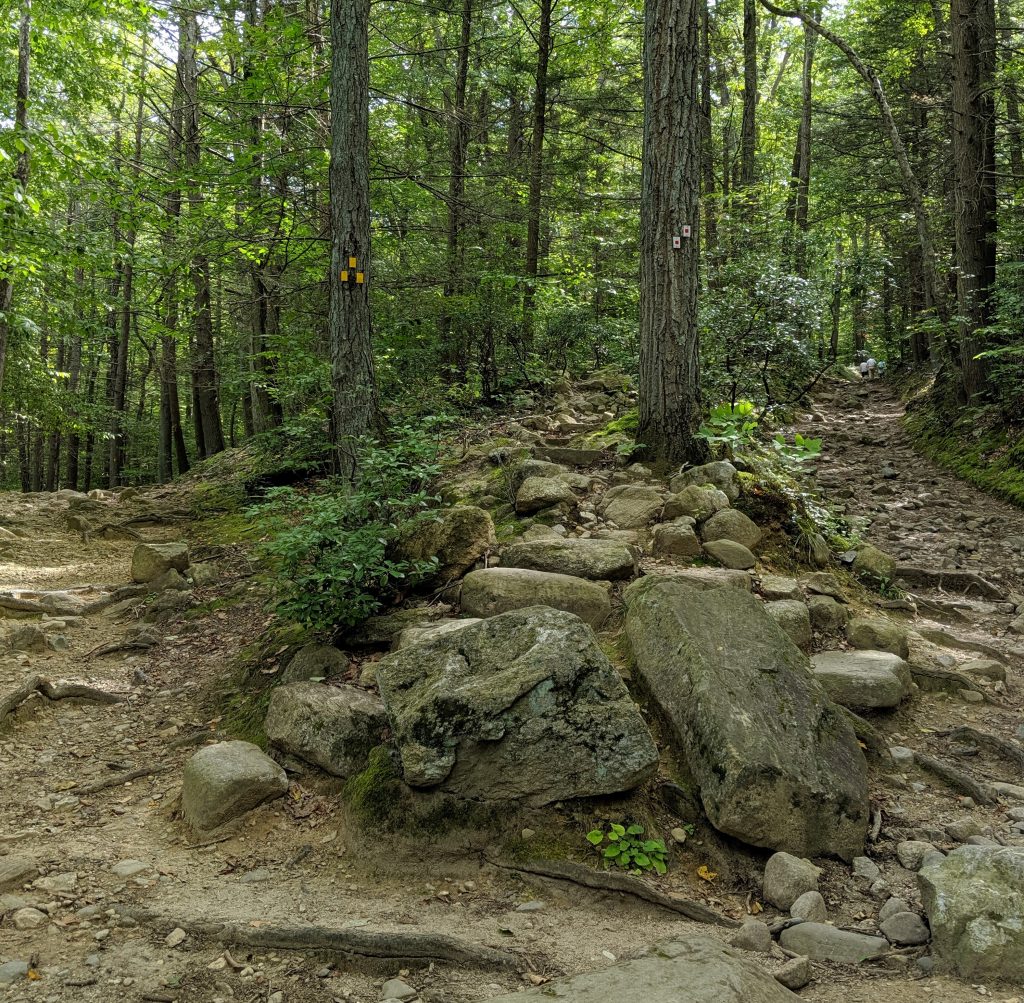 Little did we know that at the first intersection, we wished we would have purchased the map in the Visitor’s Center. It had a key on it that explained the colors of the blazes on the trees that marked the trail. The picture of the map we had taken only had the names of the trails. At the intersections on the trail, you had to know how the names of the trails corresponded to the blaze colors to determine which way to go. My directions were to take this named trail to that named trail. The problem was, there were no signs with trail names; only blazes. We didn’t know which color blaze mapped to which trail.

Fortunately, a local stopped to help. We determined we needed to take the red blazes to the orange blazes to the white blazes. If we stayed our course, we’d make the  5-mile, Reeves Brook loop. And as planned, we’d be back to the trailhead in a couple of hours.

Harriman State Park is the second-largest state park in New York. In the early 1900s, Edward Harriman and Mary Averell Harriman didn’t like the idea of a state prison being built in their neighborhood. So they struck a deal with the state and donated the land to create a park. New park. No prison. Thank you Harrimans! Since then, about 20 miles of the Appalachian Trail goes through the park, and another 200 miles of trail invite the adventurer. 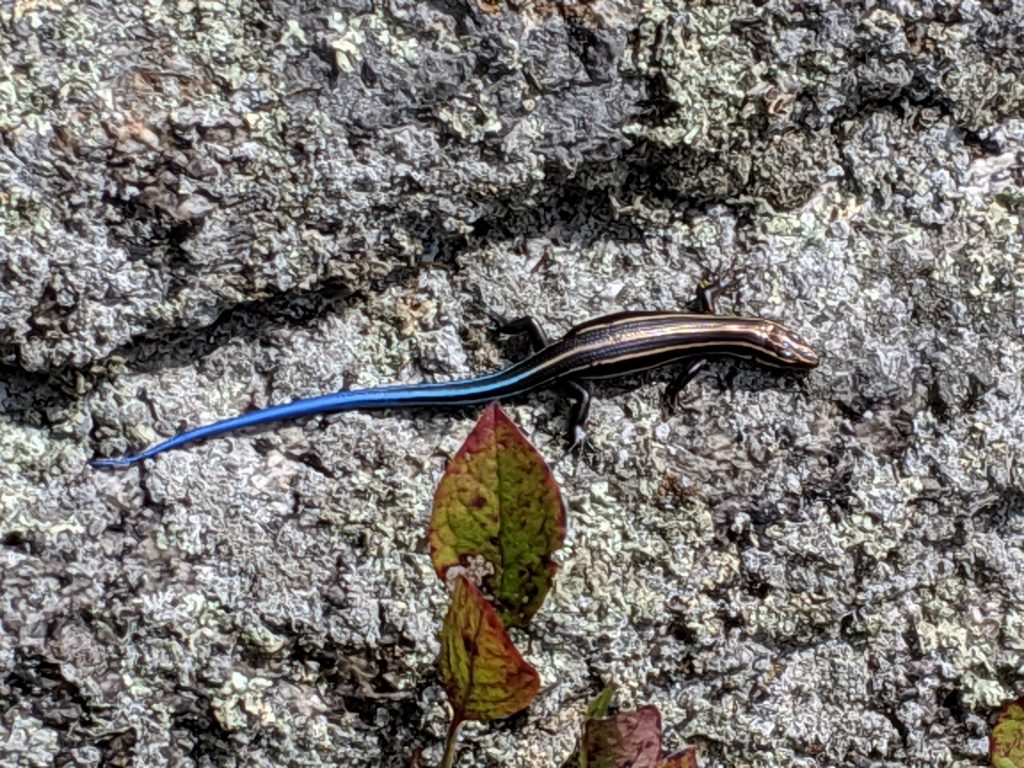 Once we got away from the trailheads, the crowd thinned out and we passed hikers every ten minutes or so. The trail through a wooded forest of maple, oak, and elm danced along over roots and rocks, challenging every other foot step. Up we continued. Soon, we found ourselves scrambling over boulders, across gorgeous streams and waterfalls to Raccoon Brook Hills on up to the  Russian Bear cliff. The summit’s slip rock top invited a nice break with gorgeous mountain views of wispy blue hues. Blue-tailed lizards darted in and out. 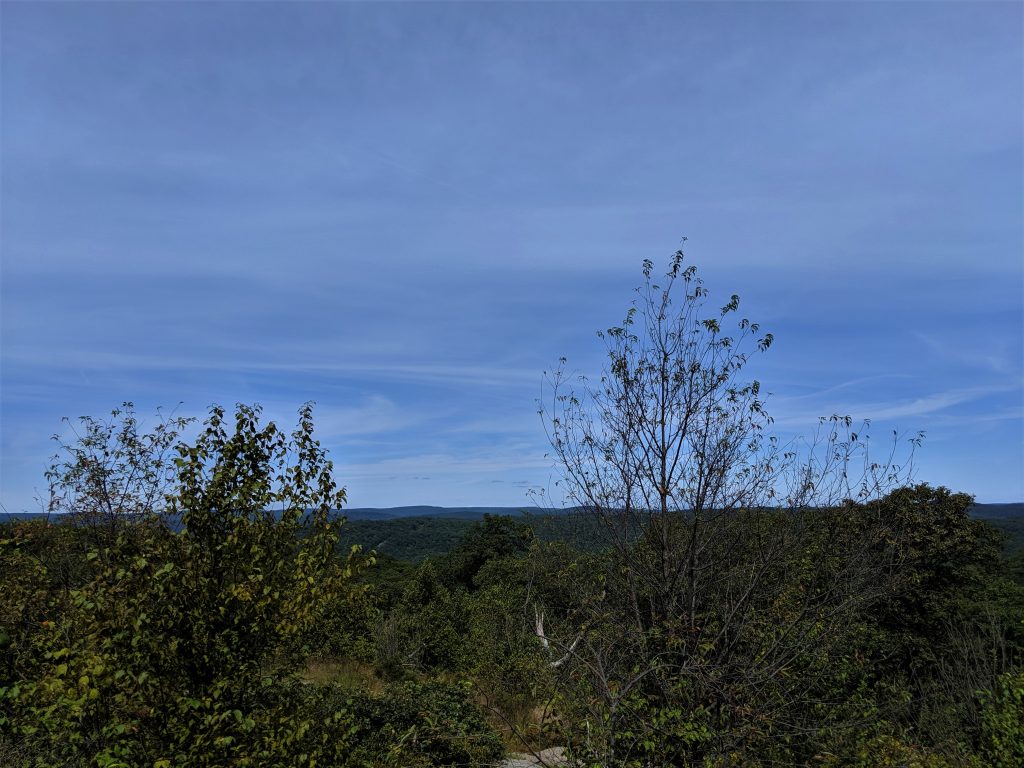 We had hiked about 3 miles up to this point. About half of my one liter of water was gone, and my husband and I snacked on the two boiled eggs. We thought they’d be enough to keep us satisfied until we got off the mountain and found lunch.

We took off again, thinking we were headed downhill to the Visitor’s Center.

After about two miles, we still hadn’t arrived at the Visitor’s Center. We had arrived at an intersection that was blue and white, not the orange and white we expected. And then we found a trail name painted on a boulder that went up and over the summit. The trail name wasn’t on our map. I looked on my GPS tracker and discovered that it had gone into hibernation and hadn’t tracked our route. It didn’t know where we were either. 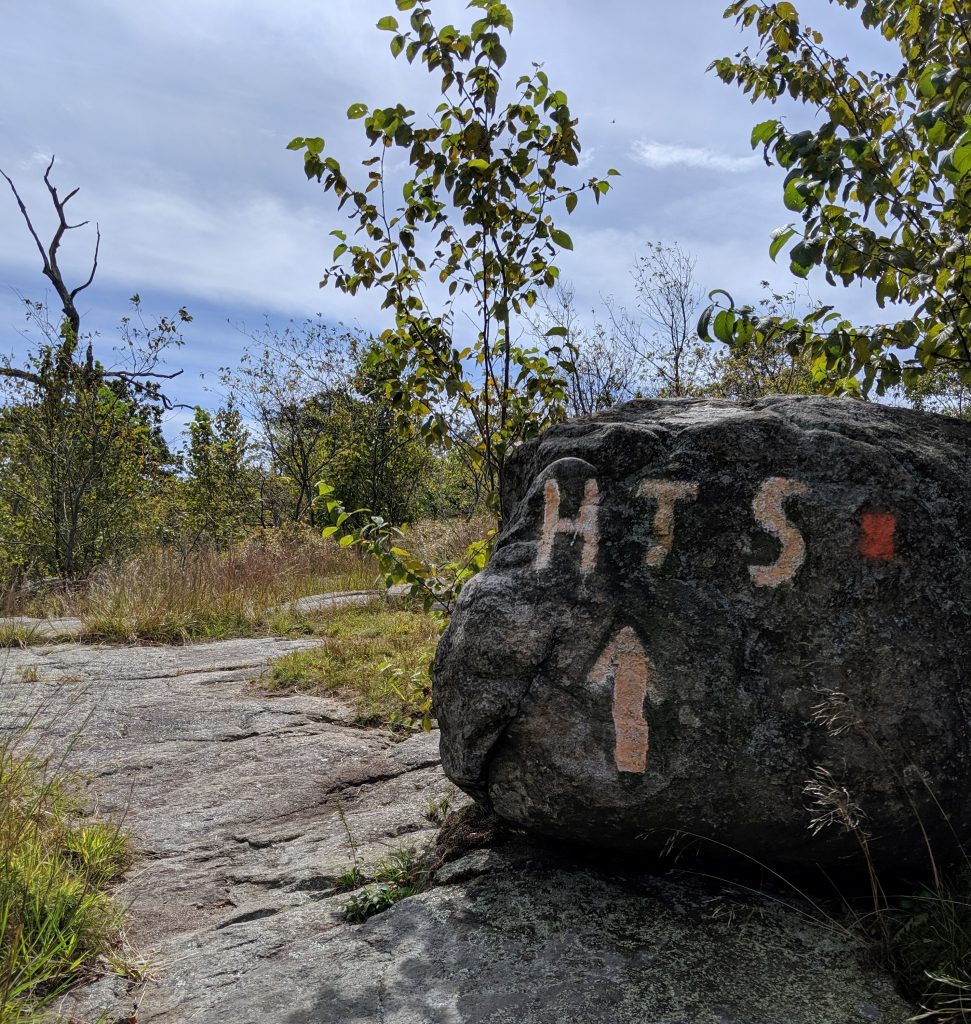 Where we went wrong…

Lucky for us, locals rested just a view point away. We asked them where we were and had them point to our location on our map. We were exactly opposite of where we thought we were, and we were a good three miles away from the Visitors Center. We figured out that after our break on top of Russian Bear cliff, we had turned the wrong direction. They set us straight, and advised us how to get back to the trailhead where we’d parked.

Off we went. Scramble. Hand over foot. Scramble some more. Foot over hand. It was a hard hike.

And we were hungry. I scrounged in the bottom of my back pack and found a granola bar. We scarfed it down. Between the two of us, we had about a half liter of water left. We sparingly sipped it. And scrambled some more.

Two hours later, we were back to the Visitor’s Center. Our five-mile hike had turned into nine. 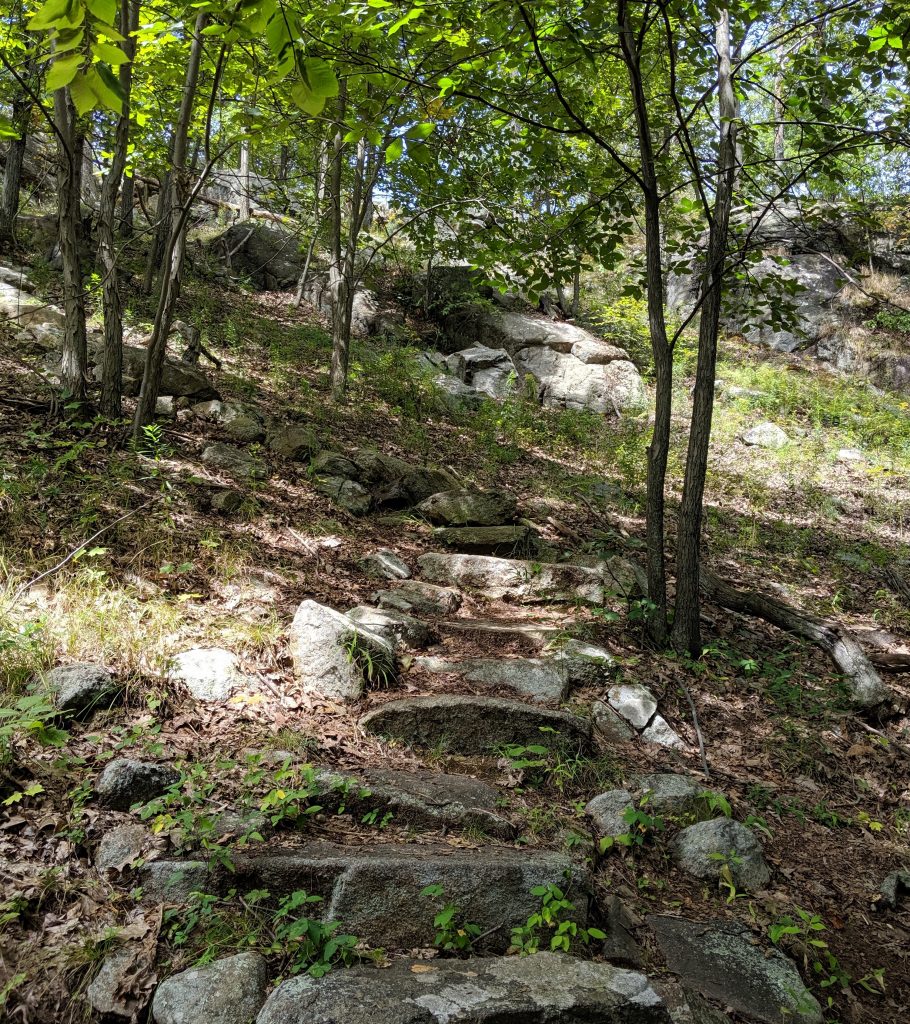 Humbled, I took note of the errors I had made as an experienced hiker who knew better.

Kicking myself for such a stupid ego, I was thankful the weather had been perfect, we hadn’t gotten injured, and there were people to help us. I had not acted like a the good, certified Wilderness First Aid responder that I am, and I made some promises to my self that I wouldn’t be that stupid again. We got lucky. My good karma paid off, and I’m desperately grateful.

Stressed Out from Being Lost 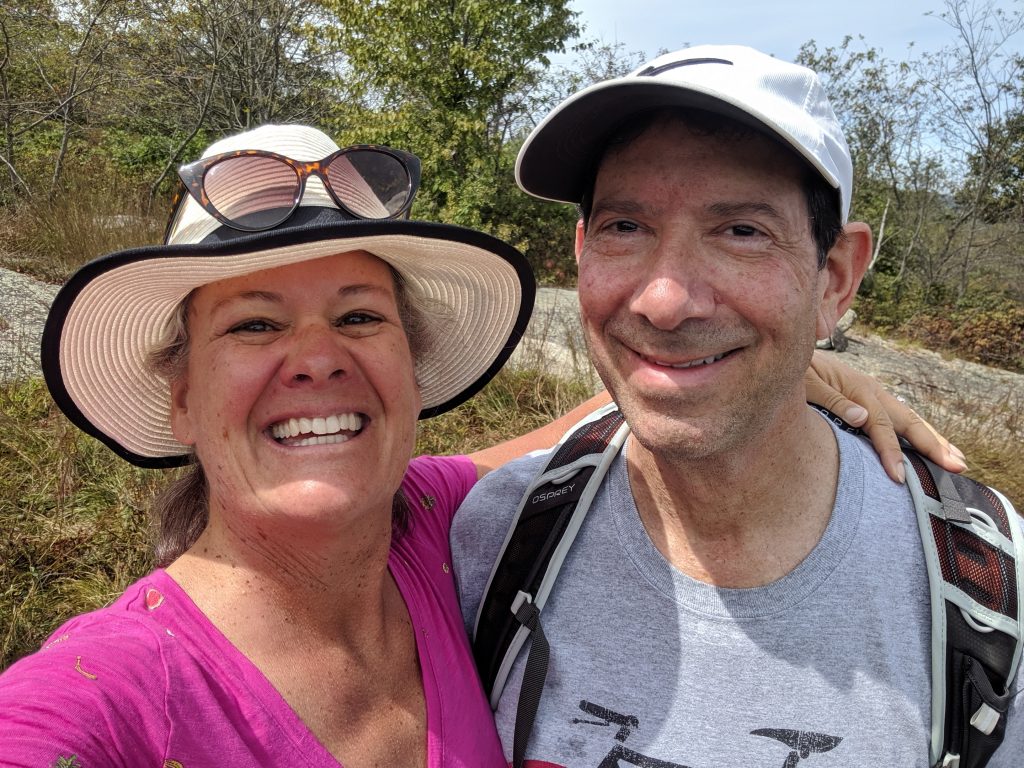 We found some lunch at Rhodes North Tavern. While eating some pretty good fish and chips and breaking down the day, I mentioned that although I had enjoyed the beauty of the hike immensely, I hated that we had gotten lost. It stressed me out.

To combat the stress, I decided logically that we needed to find the best piece of cheesecake in Manhattan. We did some quick googling, found a bus that went into the city, and away we went on an evening adventure.

The Best Cheesecake in Manhattan

An hour later, we found ourselves in Times Square. It was 8 pm on the Saturday of Labor Day weekend. As usual, but probably more so that night than many others, Times Square was packed. Humanity took pictures of humanity. It was awesome. 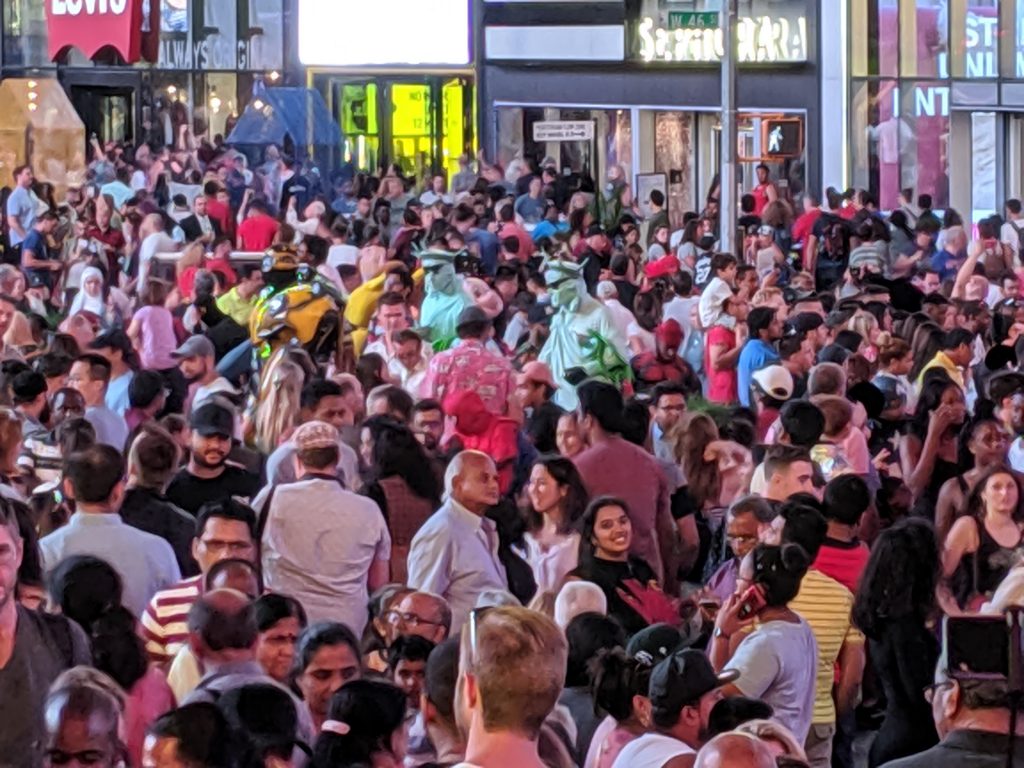 Around the corner, we found Juniors, which purports to be New York’s best cheesecake.

I am not sure about that. 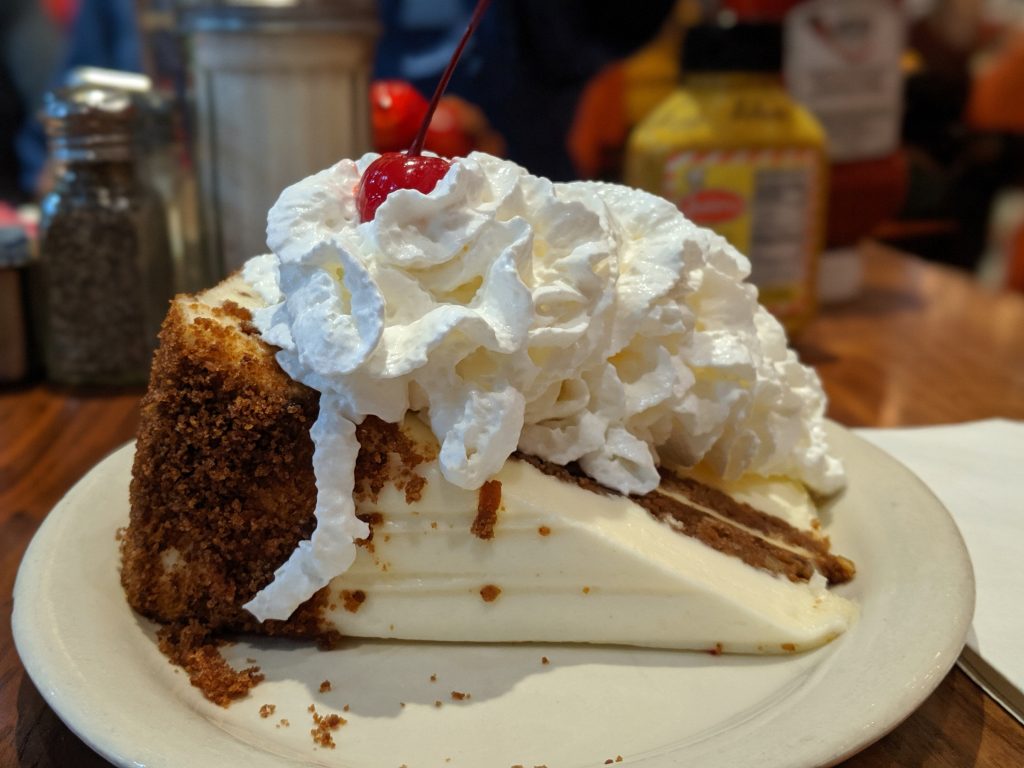 But I can confirm that I got a piece of carrot cake cheesecake the size of my head covered in whipped cream. My husband got a traditional piece with fresh strawberries. I drowned my getting-lost-hiking-fears in the cheesecake and all the memories faded away. Thanks Juniors.

Stuffed on sugar, fat, and yumminess, we walked back to Port Authority and hopped on the bus back to our Airbnb. Two quick hours in Time Square and $100 later, we fell asleep, tired, exhausted, but happy. The next day, we journeyed south back to New Jersey to do our next hike in this fun 50 Hikes 50 States Project. 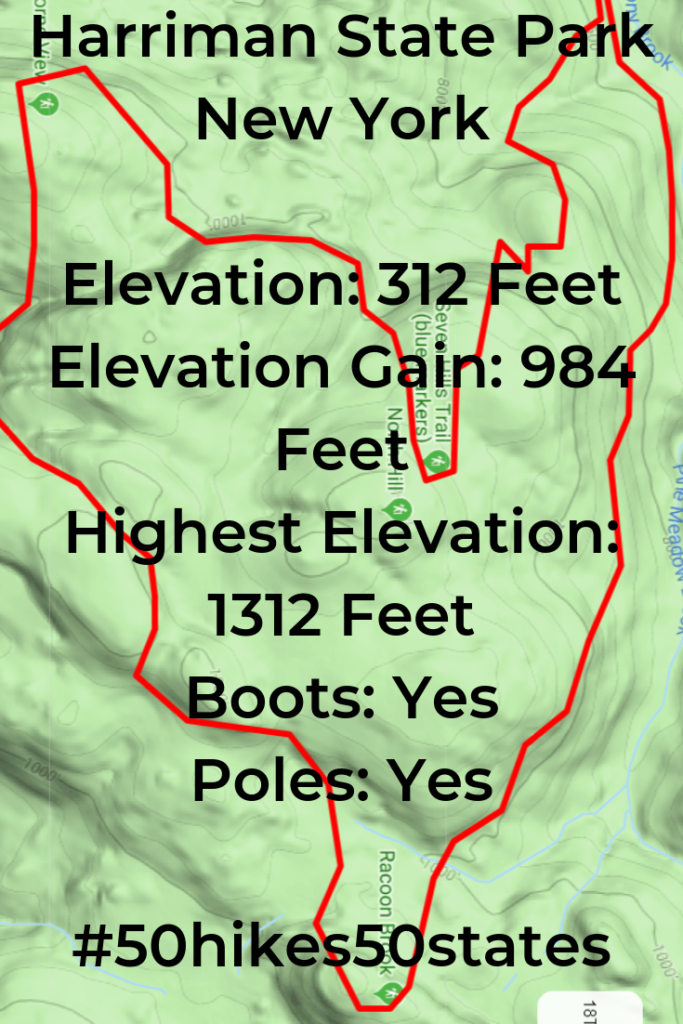