5 Unusual Things to Do in Boston by Foot 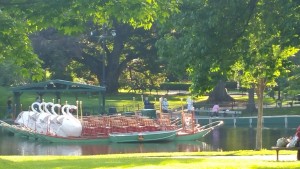 Boston–one of America’s best walking cities–has such history and such fun on the Freedom Trail, yet I found 5 unusual things to do in Boston on my recent weekend adventure not normally discussed in tour books.

1. Give thanks to the fallen fire and police service personnel. While walking along Commonwealth Avenue Mall, I couldn’t help but gasp when I approached the fallen service personnel memorial. Stark in its rise from the ground, and welcoming in its shape, you can’t pass it without giving a kiss to the fireman’s helmet. 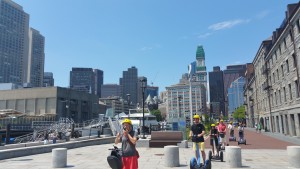 2. Take a segway tour. The Freedom Trail is long–and if it’s a humid Boston day, it’s hot. Instead, jump on a segway from Boston Segway Tours. If possible, get Chevy as your guide. We have done many segway tours around the US, and this company had the best of them all. Chevy lead the tour and also commented throughout into a walkie talkie that echoed onto each Segway. It was a great way to get the history and see the sites without the aching feet while getting a nice breeze. 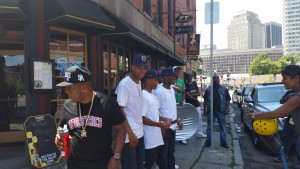 3. I’m going to add this on here, but I will admit that it will be hard to recreate. Get in a music video! On our Segway tour, we glided past New Edition‘s new group filming a music video. It was strictly luck–but the Massachusetts Film Office is big in Boston. Check out their website before hand and see if you can be an extra in something they are shooting in Boston. Perhaps you can get in the scene! 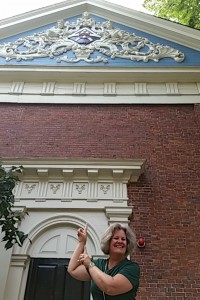 4. I admit, it’s not in Boston, rather it’s in Cambridge. None the less, visit the original building of Harvard University, which is actually the chapel. You’ll need to adventure onto Harvard Square and onto the campus and then find it tucked into a nook of the campus. 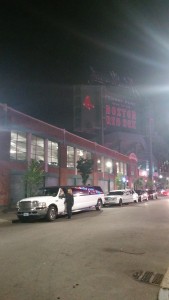 5. Catch a concert for free at Fenway. Billy Joel played one of the nights that we were in Boston. We didn’t have tickets. What we did have is an assumption you’d be able to hear him outside of the park, and we were right. All along the perimeter of the park are bars with outside seating. Order yourself some Sam Adams, get yourself some clam chowder, and sit yourself down to hear, in perfect clarity, the artists from within Fenway. Granted, you won’t see the artist. But since sitting in the bar drinking a few brews is cheaper than a concert ticket, you probably shouldn’t complain, either.

There you have it–5 unusual things to do in Boston, and I didn’t even mention walking the Freedom Trail, taking a Swan boat, or eating lobster. What’s on your list?