I have figured out the secret to get to Machu Picchu and the Galapagos for less than $2500 round-trip per person over Christmas break.

I have had the Galapagos on my bucket list for a long time. This wish was the impetus for booking our around-the-world trip (RTW) last April. Unfortunately,

we could not route to Quito and get to Europe as well, so last year we made the decision to delay South America for its own trip. Thus, with a 2-week break at the end of December, we set our eyes on a Galapagos trip.

When I start researching flights, I always start at my favorite conglomerate, Travelocity. 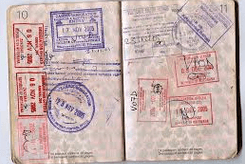 Not only do they advertise on my favorite show, The Amazing Race, but I love their entire message of “Go and Smell the Roses.” It hits me in my ventured heart, so I always do some clicking through their site to get a feel for what the basic fares are for my routes. Travelocity is also good for pointing out who does and who does not fly my legs, too.

I had researched both on TripAdvisor and a few Galapagos-specific sites to discover that both Quito and Guayaquil deserve visits. Thus, I figured we’d fly into one and out the other to get the best of the experience. During this research, I also found that a trip to Macchu Pichu, just around the global corner, would only add about $1500 total to our three fares. How could I go that far south and not include Peru?

When I tried all of these open-jaw, multi-city options in Travelocity, I found out a few things.

No matter what I tried, trying to throw in GYE-GPS-UIO or UIO-GPS-GYE into the overall itinerary would blow up the fare structures. After trying multiple conglomerates, I discovered that no where could I book online. But then I noticed a sweet little item. Regardless of which airline I picked for the trans-America flight, LAN would always show up on at least one leg. American and United both code-shared with either LAN or TAME. I also discovered that the GPS leg was strictly on those carriers as well.

Between Travelocity, Kayak. aa.com, and united.com, I tried to book DEN-CUZ-GYE-GPS-UIO-DEN. Being unsuccessful in technically being able to actually make the SAABRE systems of the world work, I tried two itineraries of DEN-CUZ-GYE/UIO-DEN and then added GYE-GPS-UIO combos. The best I could do for a December 18-Jan 1 date infrastructure was about $2900 per person.

I went to LAN’s website (www.lan.com) and attempted to book. It blew up. As a last resort, I called LAN. 30 minutes later and a $25 transaction fee, I had my entire itinerary booked exactly how I wanted with good connections for $2491.55 per person, including taxes and fees. Although it’s practically against my religion to pay a booking fee, I felt like it was worth the price for this adventure. Plus, I saved at least $500 by trying to do it myself in an online world that wouldn’t let me book all legs.

I can’t wait to leave.