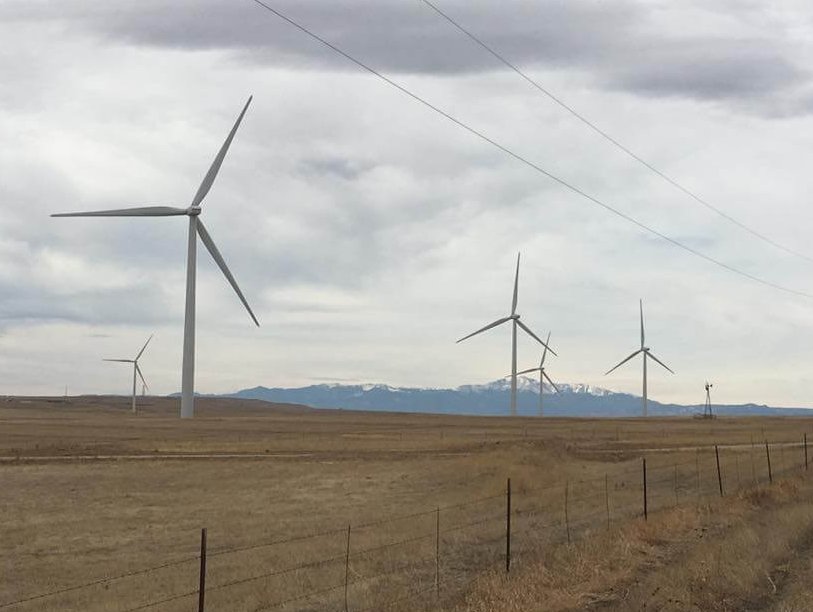 Arriving at Paint Mines Interpretive Center, we were a bit underwhelmed. After driving 90 minutes southEAST from Denver, away from traffic, out into the prairie, and on dirt roads, we were looking for spectacular. But all we saw was a small parking lot, a few interpretative signs, and lots of windmills. Lots and lots of windmills. We were soon overwhelmed by what was right around the corner! 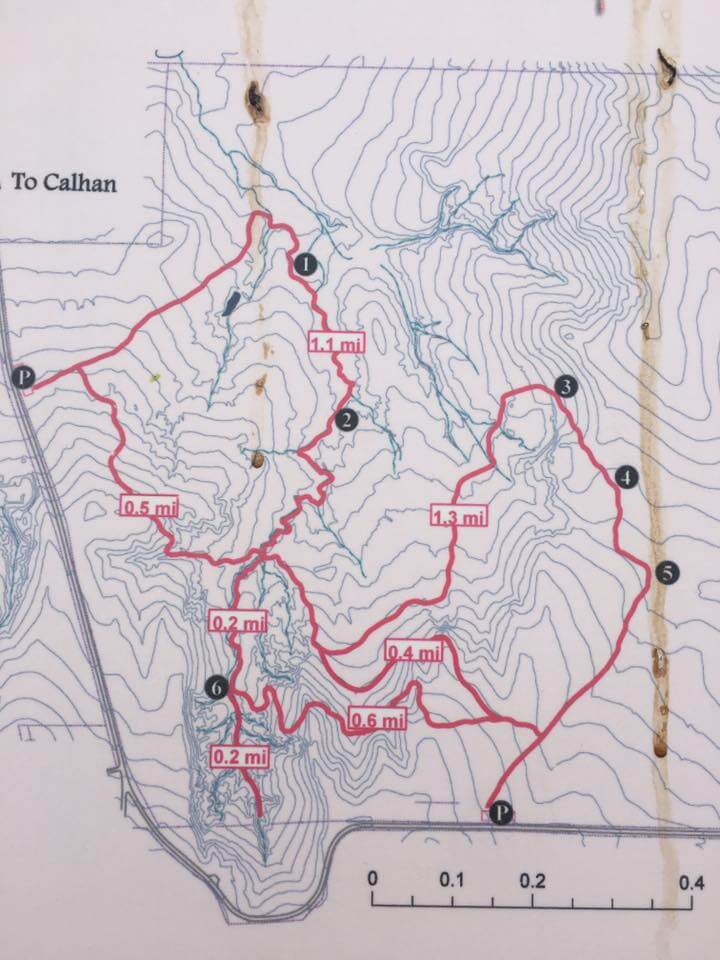 Taking a look at the map, we picked the trail that would go down into the formations, not really knowing what to expect.

A Walk and then a Gasp!

We followed the Boy Scout sign that said the formations were 1/2 mile a way (number 6 on the map above). There was another sign that had a woolly mammoth on it pointing to a longer trail, but we decided to do that trail on another day. Thus, under mostly cloudy skies and with lots of wind, we journeyed our 1/2 mile. Up and down a hill and then up another, we came to our first sight of the formations, and gasped. 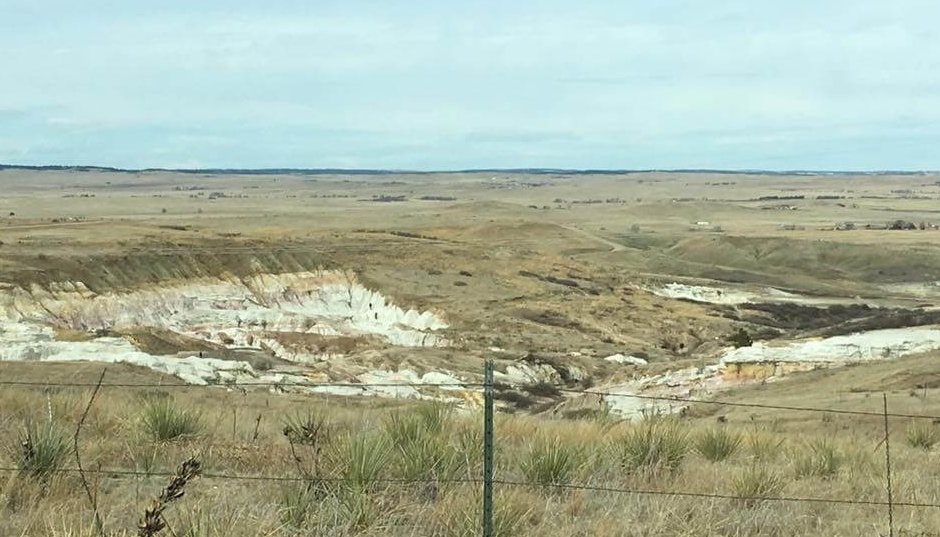 We couldn’t wait to get down into the formations. If you’ve ever been to the Badlands National Park, you’ll feel a comfort zone approaching. Paint Mines is certainly a mini-Badlands, but here, you can climb up into the formations and really get up close to the variety of colors and textures of the hoodoos, valleys, and walls of the erosion. 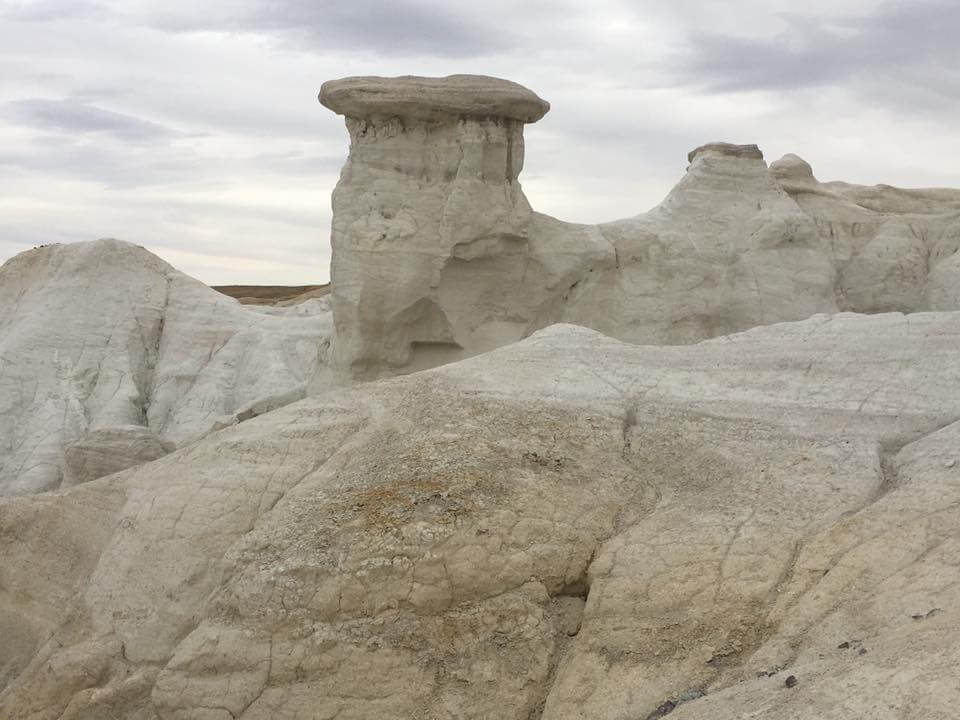 We first approached what I called the White Castles. Bright, white, moonscape-like craters and towers called us to go and touch and explore. As we scrambled through this area, white chalk-like substance covered our hands when we touched the granite walls. 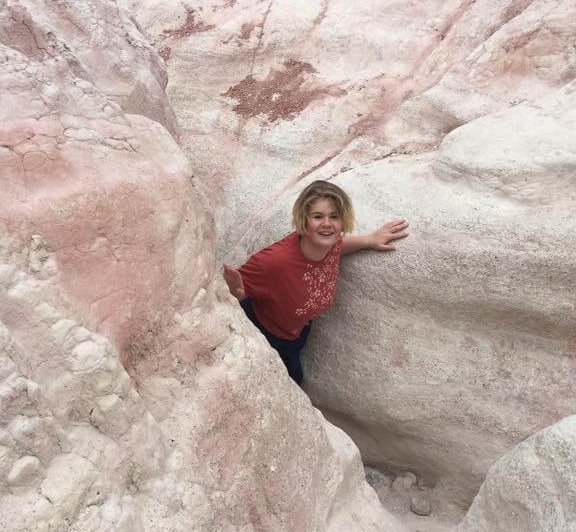 Next up was what I called Rainbow Alley. We couldn’t resist getting closer to all the colors and seeing the texture of the pink and gray clays embedded in the walls of the formations. After exploring a bit, we found ourselves in a cave-like area of rainbow colored walls. 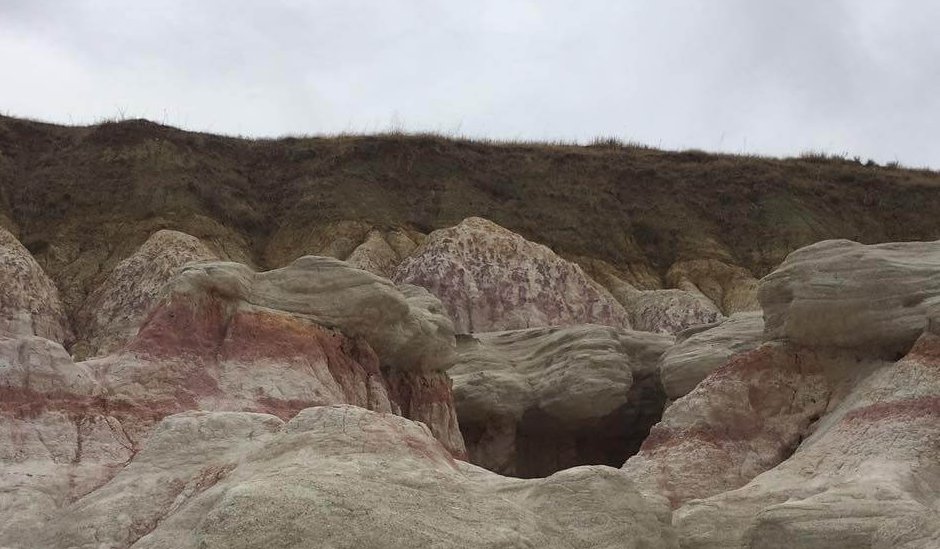 We spent about 2 hours exploring, laughing, and enjoying this wonderful park. Out in the middle of the prairie and down a dirt road, only 90 minutes from Denver (and opposite of weekend traffic!), Paint Mines Interpretive Park is a super place for families, adventurers, and trekkers looking for something a bit different than a climb in the Rockies or a run down a slope. Enjoy!

See you on the trail!