The Real Price of Free Round the World (RTW) Tickets

Note: This blog was updated in January 2019. Although Delta’s rules have changed for RTW tickets, the guidance below is still valid.

We had booked our RTW (Around the World) tickets on Delta and held them for 48 hours, giving us time to discuss the itinerary and move our points into the right accounts to cover the hack cost of 2 free RTW and 1 RTW tickets. 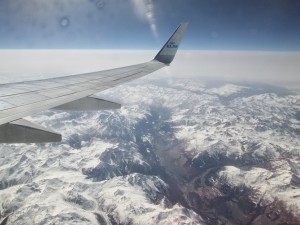 The conversation with the family about our itinerary was a bit rough.
Beijing?
Moscow?
Were those even on our Want-to-Do list? We considered changing our itinerary, but once we started thinking about the Great Wall, the Terra Cotta Warriors, Tienanmen Square, the Bird Nest, St Basil’s Cathedral and Sochi, we got excited. So with total buy-in from the family (and a bit of grief we wouldn’t enjoy DUB on this trip), I began to move our points.

First up was moving the points from American Express to Delta. If you’re familiar with American Express Rewards, the program costs $75 a year in 2013. I spend about $20,000 annually on American Express, gathering about 20,000 points a year. I had to move about 125,000 points. If you wanted to add up the total amount I paid for those points over time, it would be about $500. But at $75 a year, that’s not too painful. 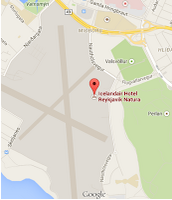 Moving the points over from AmEx to Delta was so easy. I went to the AmEx website, transferred the points, charged the transfer fees to my AmEx, and within 10 minutes, they showed up in my Delta account. AmEx charged me about $75 to transfer the points. I earned points for transferring points, which I thought was ironic.

Next, I had to call Delta to transfer my daughter’s points and my husband’s points into my SkyMiles account. Again, this was super easy. The Delta agent at the SkyMiles desk couldn’t be nicer. I explained to her what I wanted to do, and I also confirmed the process. I wanted to be sure it made sense for all these miles to be in one account and that I would be able to “pay” for the two, free, non-rev tickets with miles from my account. This conversation opened up a bag of worms, though.

The Joy of Record Locators

Since we would have two non-rev tickets and one rev ticket, the first thing Delta would need to do is book two different record locators and then link them. Since my daughter is a minor, her ticket would need to be on the same non-rev as my husband or me. So we had to think through who would be the paying ticket and who would be the non-rev. Since I am the biggest traveler in the family, it made sense for my ticket to be the revenue ticket so that I could collect miles while traveling on the RTW ticket.

Bypassing Upgrades Is Worth It

With that confirmation and unraveling of who would be on which record locator, the agent moved my family’s miles into my account. Again, it took less than ten minutes. I have to say it was quite overwhelming to see 360,000 miles sitting in my account. It made be think about all the first-class upgrades I bypassed and all the temptations that had lurked over time that I stayed away. I was actually pretty proud to think that a dream was finally coming to fruition.

Then, we booked the tickets. And faster than a falling star, my points balance was zero. ZERO. I’m not sure what sound declining points make, but the feeling is like the fall in a roller coaster. Scary as hell, but thrilling at the same time. And then, within two minutes, I got two emails. Our confirmed, paid, and booked confirmations of the three tickets. The roller coaster fall was all worth it.

Next up, we should have thought this through better.