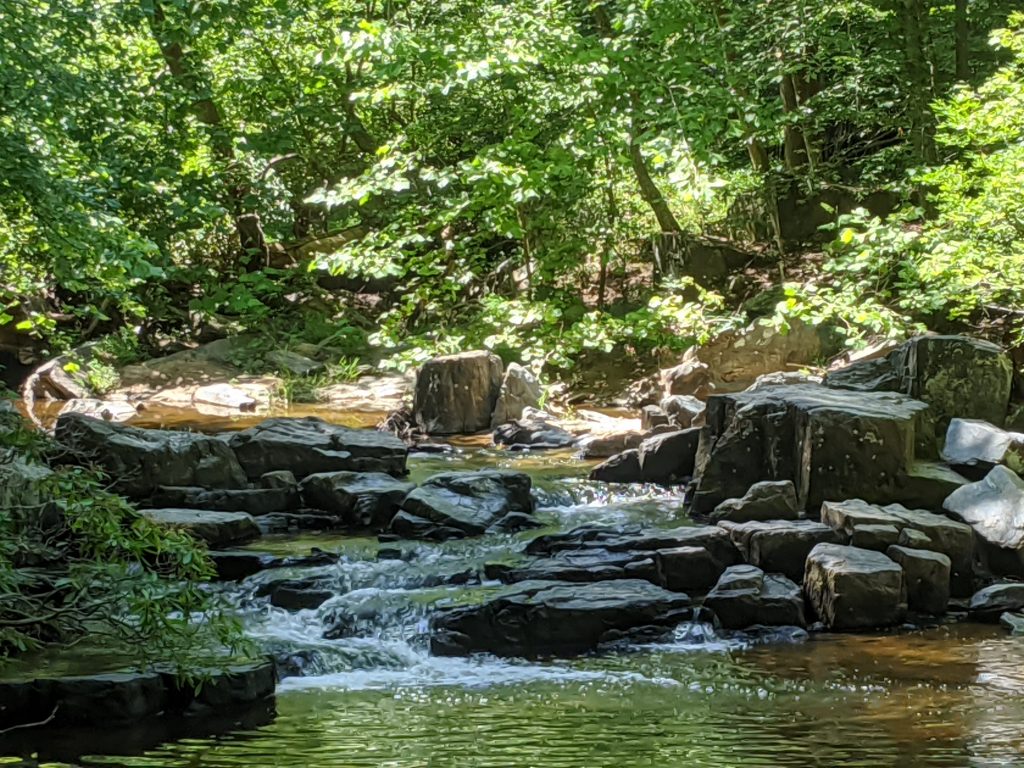 By the time we got to Virginia on our 50 Hikes 50 States Project, we had been staying just a few hours ahead of Hurricane Isaias. Breezes started to blow on us the day before on our Delaware hike, and the weather pattern forecasted bands to start hitting Washington, DC a couple hours after our flight would depart.

For our Virginia hike, we had built our logistics around staying with my best friend and roommate from high school. Now that our daughter was also attending the same boarding school thirty-five years later, we knew we had to leave lots of room for talking and gabbing about past times. 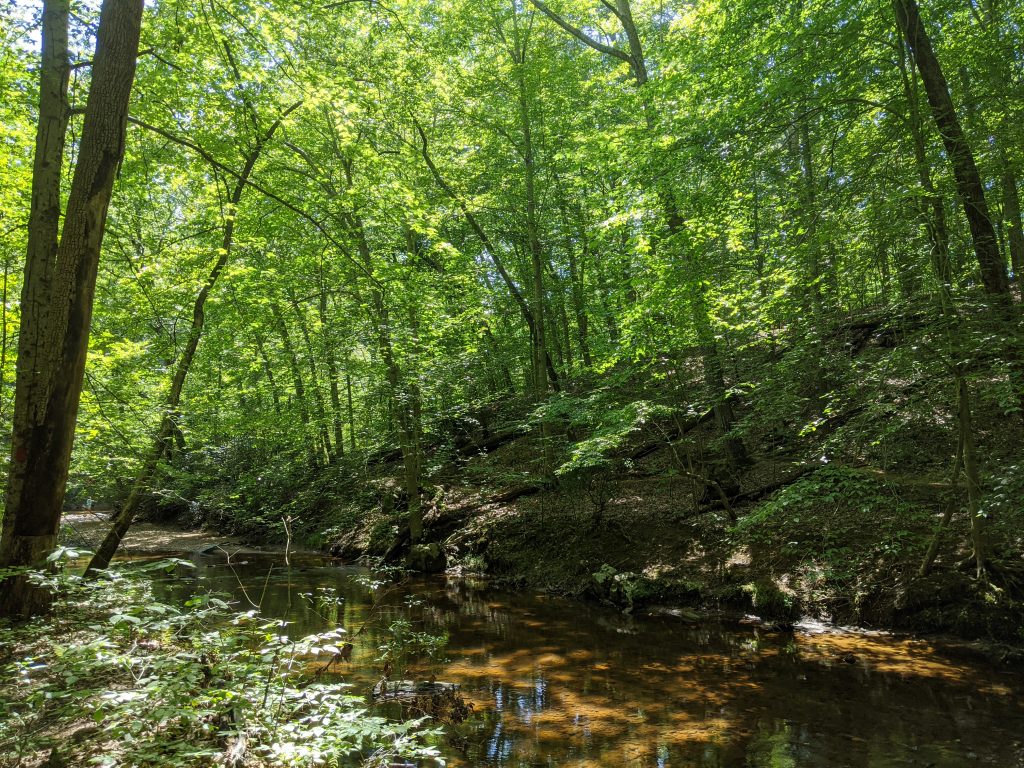 We squeezed our hike into the afternoon at Prince William Forest Park. The name of the place confused me. Was it a forest or a park, and, why, pray tell, was it a national park? Well, we found it to be all three for good reason.

Back when FDR got the country back to work, not only did he create the Civilian Conservation Corps and the Works Progress Administration, he also created Recreation Demonstration Areas. Under this program, the federal government built 44 recreation areas to provide places for people to camp and recreate. They targeted young urban dwellers.

At these camps, kids learned to enjoy the outdoors, recreate responsibly, and discover wild spaces nearby. Local workers who signed up for jobs via the WPA restored land vacated by farmers paid to leave. The workers built five camps, restored farmland to forest land, created earthen dams, and provided a safe, outdoor space for kids. Originally named Chopawamsic RDA, and temporarily used as a place to train spies during World War II, it was renamed in 1948. 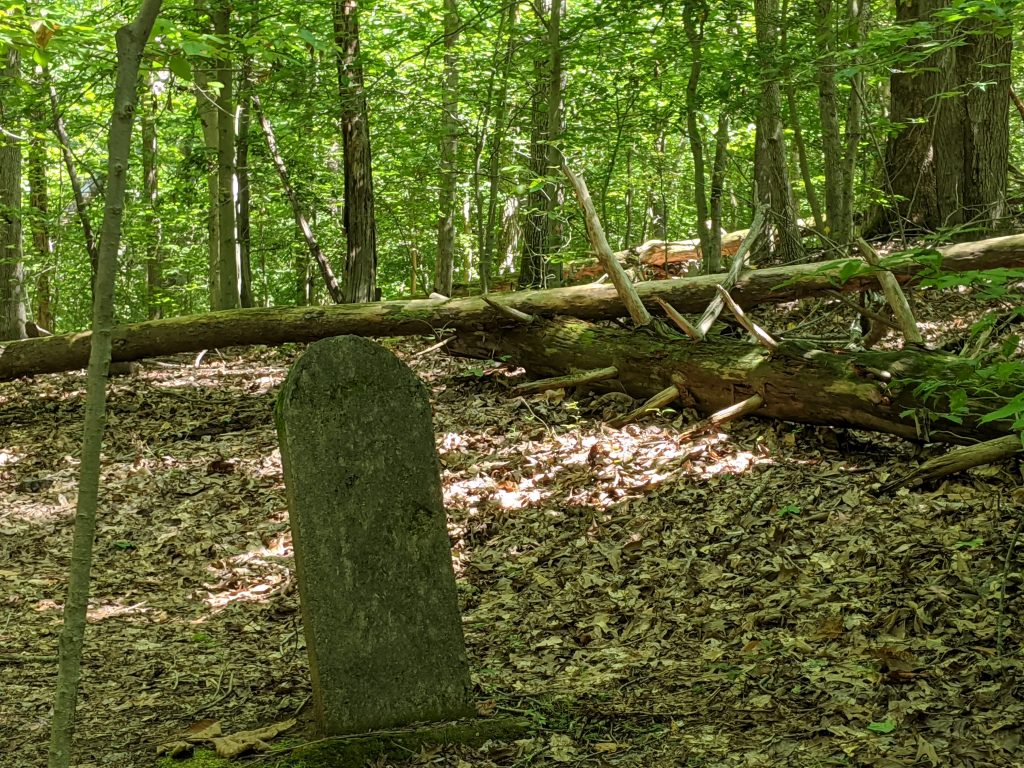 Thus, when we arrived, we found well-built cabins and picnic shelters, signage to various trail heads, and several cemeteries. Although no kids ran around at the time due to COVID, we could certainly see how the area would vibrantly pulse with giggles and screams of campers. I would have loved this outdoor space as a kid. 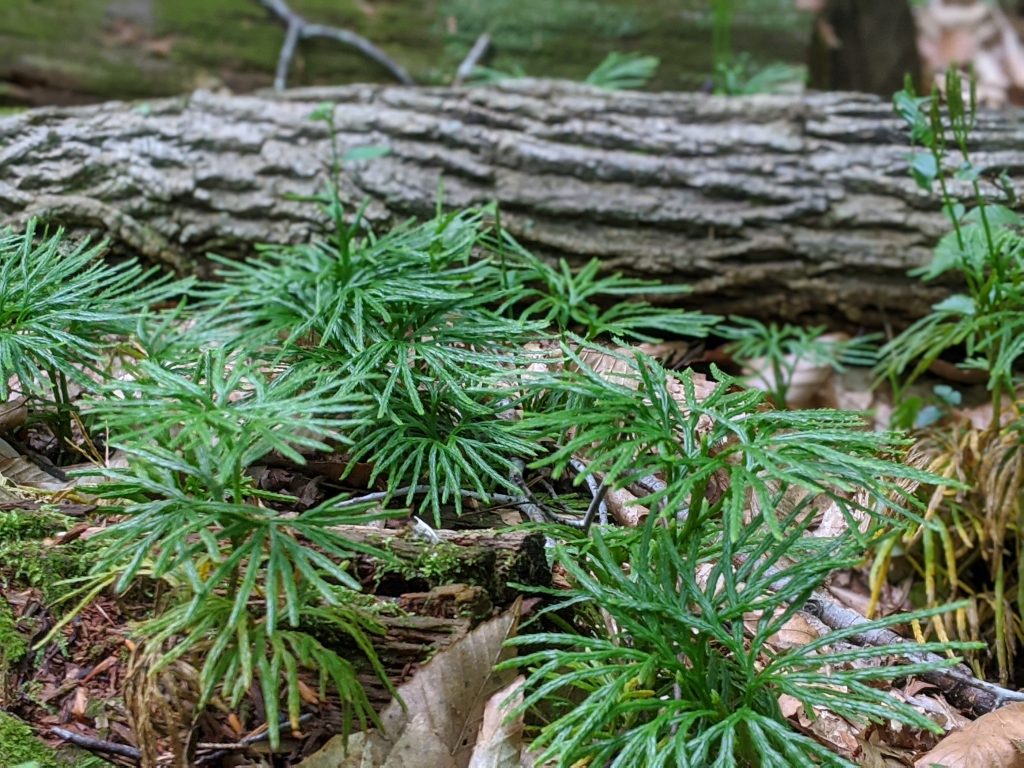 My husband, daughter, and I headed down the Laurel Loop Trail to the Birch Bluff Trail. Sweat dripped off us before we even started, and we gave thanks to a wonderful birch tree cover of shade. A quick side trip to a cemetery brought up discussions of CCC workers. In no time, we had arrived at a trickle of a stream where locals cooled off while dogs galloped through the creek.

Although it wasn’t picturesque like many other places we had visited on this particular weekend, it was refreshing and joyful to see families and pets enjoying the summer. After a quick dip in the creek, we hiked back up the hill to the visitors center to cool off. Good lord, we were dripping from the humidity.

After a joyful night with my friend laughing and giggling through yearbooks and old memories at The Orme School, we headed back to DC. Our daughter wanted to check out George Washington University and Georgetown University as possible options for her college experience.

Need a good pair of boots? Get some Keens.

What’s Happening at the White House?

But first, we stopped by the White House.

On the way, our mouths hung open, gobsmacked at the Mall. No. Body. Was. There. Nobody. Not a school group. Bus. Family. Person. We sailed through The Mall and parked a block from the White House. Only security guards. And they. were. everywhere.

I’ve been to the White House many times over many administrations. Although we could never just walk right up to the front door, it was approachable. It was welcoming. I have always felt invited.

Not this time. Fencing. Guards. No parking. Red zones.

Basically, the entire perimeter of the White House scream Go.Away.Now.

But there was an access point through chain link fencing. It was covered with Black Lives Matter protest signs and pictures. The AFL-CIO had hung a giant Black Lives Matter banner from their office building, which is exactly next to where President Trump did his Bible-holding photo op.

Toasted Raisin-Walnut Sandwich For The Win 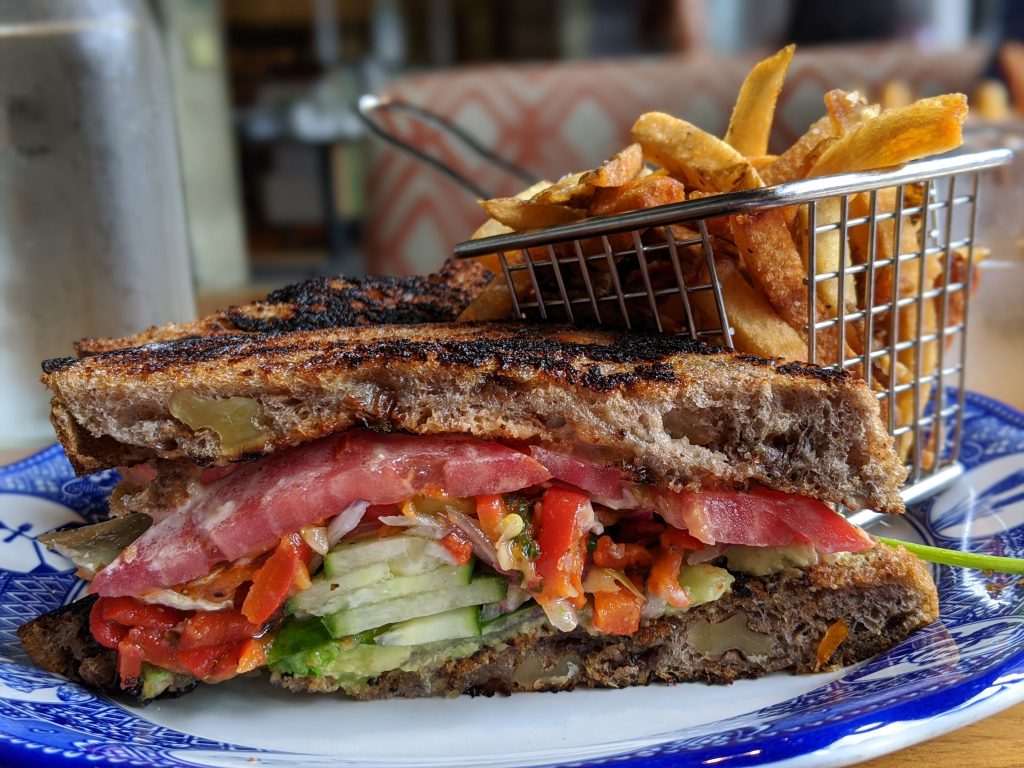 We carried on the conversation after our campus tours and at lunch. We found a wonderful place to eat along the river in Georgetown, Farmers Fishes Bakers, where I ate another fabulous vegetarian sandwich; roasted veggies, brie, avocado on raisin-walnut toast. It dripped with deliciousness. If my daughter ends up at Georgetown, I’ll end up at this restaurant many times.

I love Patagonia’s incredible outerwear. Get your discount here.

After a weekend of three hikes, lots of visiting with family and friends, and rushing to avoid the pending storm, we jumped into Dulles at 5 pm on a Monday to catch our return flight to Denver on Southwest. If Washington’s Mall was empty, the airport was emptier. Only three international flights listed on the terminal locators, and we saw way more employees than travelers. With masks on, we boarded the plane while the first band of Isaias rain hit the plane. Behind us, he had torn up trees, taken out roofs, and knocked out power in the very places we had visited.

We’re about 40 states in on our 50 Hikes 50 States Project. Next up, the gorgeous fall colors of New England in September where we’ll hike Vermont, Maine, and New Hampshire, COVID-dependent. If you have suggestions on where to go, shoot me a message. I’d love your recommendations. 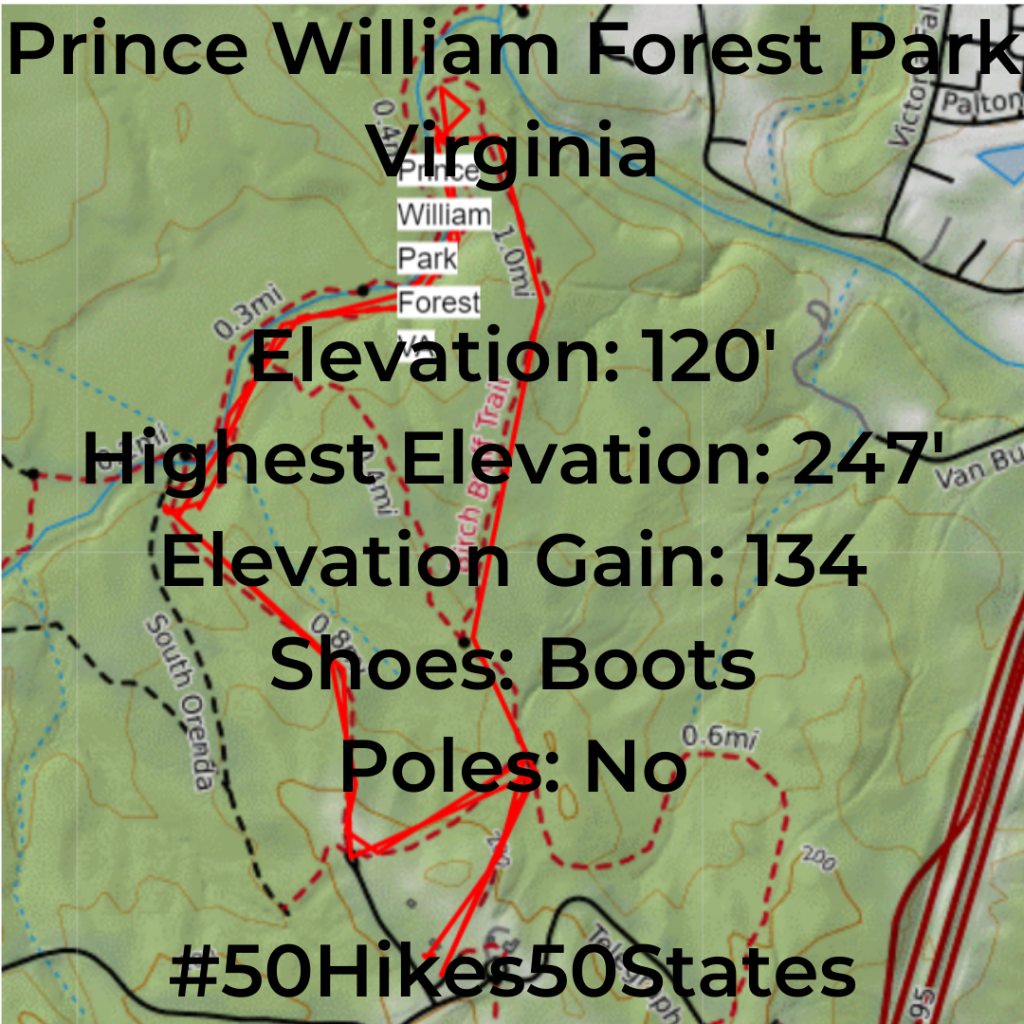