How to Photo Eiffel Tower 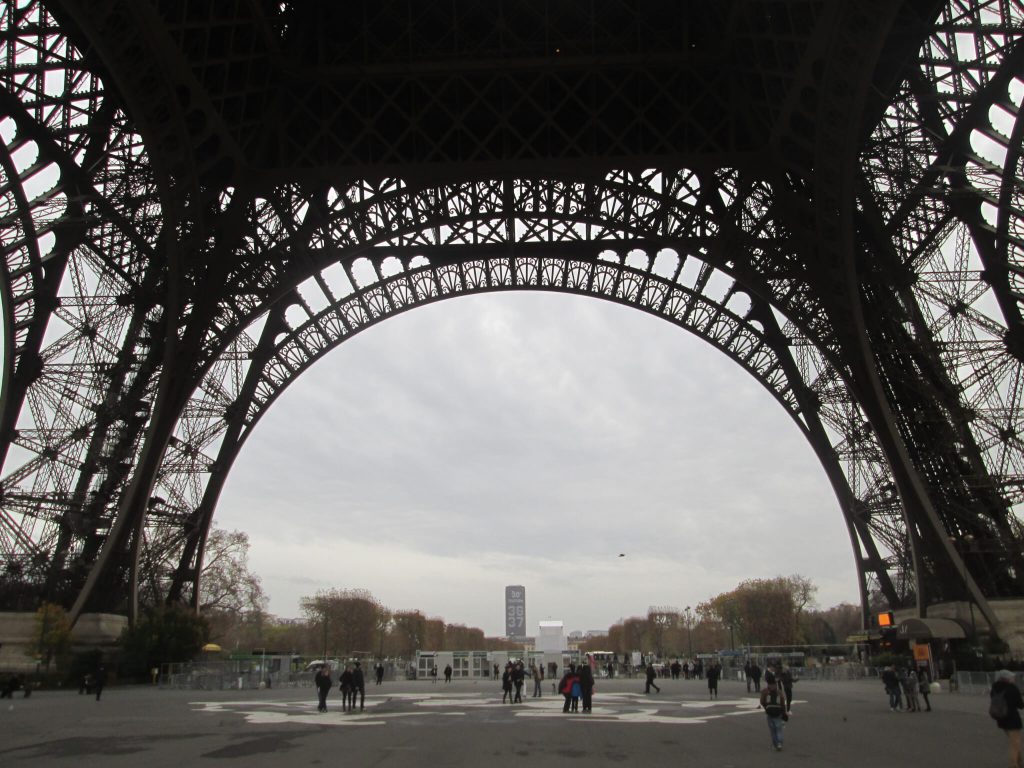 You’ve seen a million pics of the Eiffel Tower, and now those pics got you to buy a ticket and you’re headed to France. And you want to get “your” photo of the Eiffel Tower. Well, instead of taking the obligatory pic from the park across the street from the Tower, here are 5 unusual places photograph the  Eiffel Tower.

Get your Contemporary On 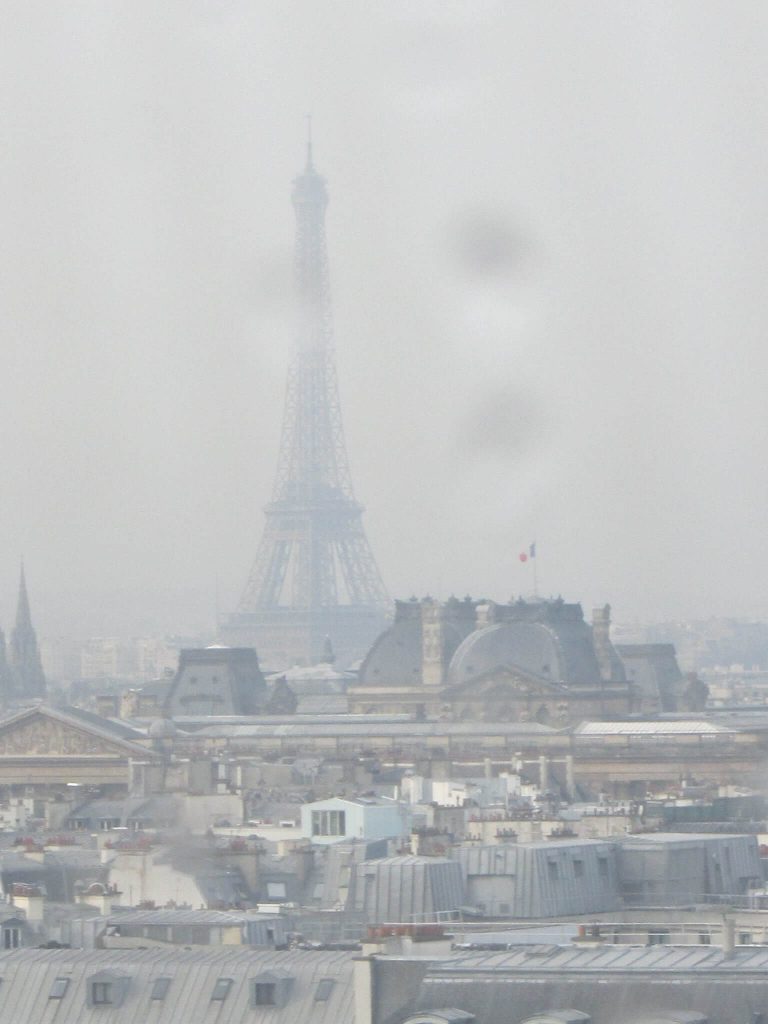 If you haven’t purchased a Paris Museum Pass, be sure to get one. It’s worth it, and you’ll end up going to places that you didn’t think you’d go, making your Paris trip even that more valuable. I got the 2-day pass, and in that time did 7 of the items on the pass. I never felt hurried; I saw what I wanted to see and saved money.

So, first on your list should be the Centre Pompidou. Paris’ contemporary art museum must be seen, not only for its permanent works, but its temporary exhibits are world-class. So, go to the Pompidou, take the elevator to the sixth floor. Walk to the end of the glass hallway and look out. You’ll see the Eiffel, and it’s your first unusual place to take a picture. Here, mine even got some raindrops. 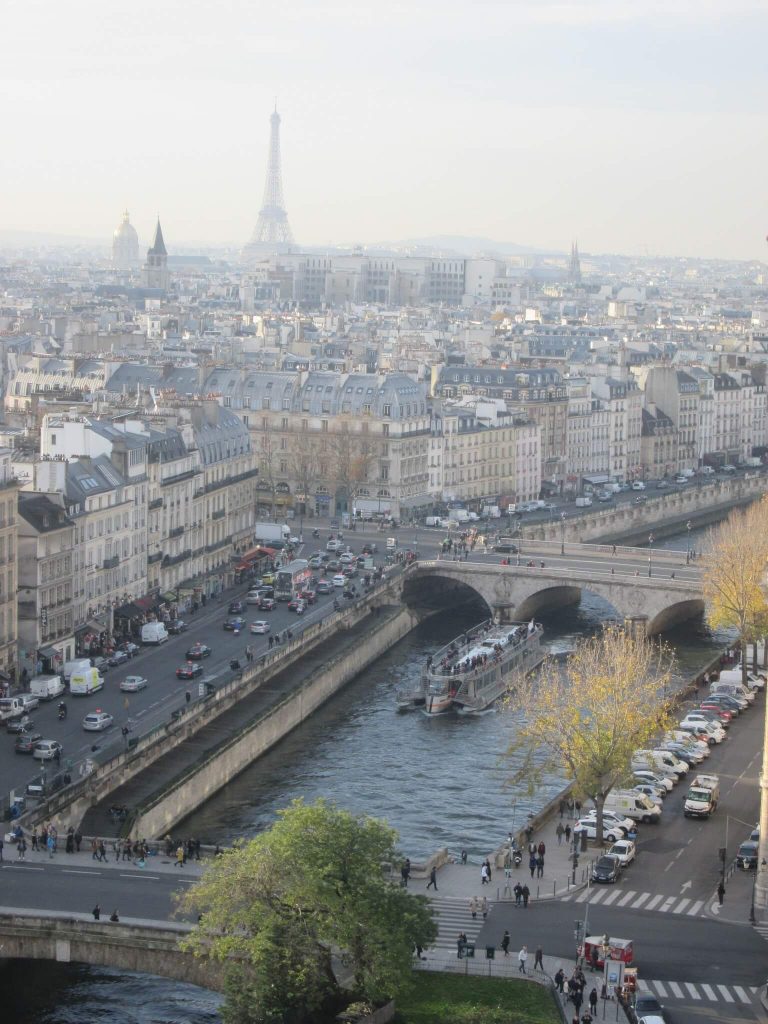 Next, use your Paris Pass at Notre Dame. After you’ve oohed and aahed inside at the stained class, go outside. If you are facing the front doors, look to your left. On the left side of the building will probably be a line. This line allows access to the belfry. Your Pass gets you up for free, but you have to climb the 400+ steps. It’s worth it. Make your way up, catch your breath, then balance your way over to the bell tower. Look up the river. Here’s your second photo of the Eiffel, with Siene included.

Nighttime and the Lights Are Bright 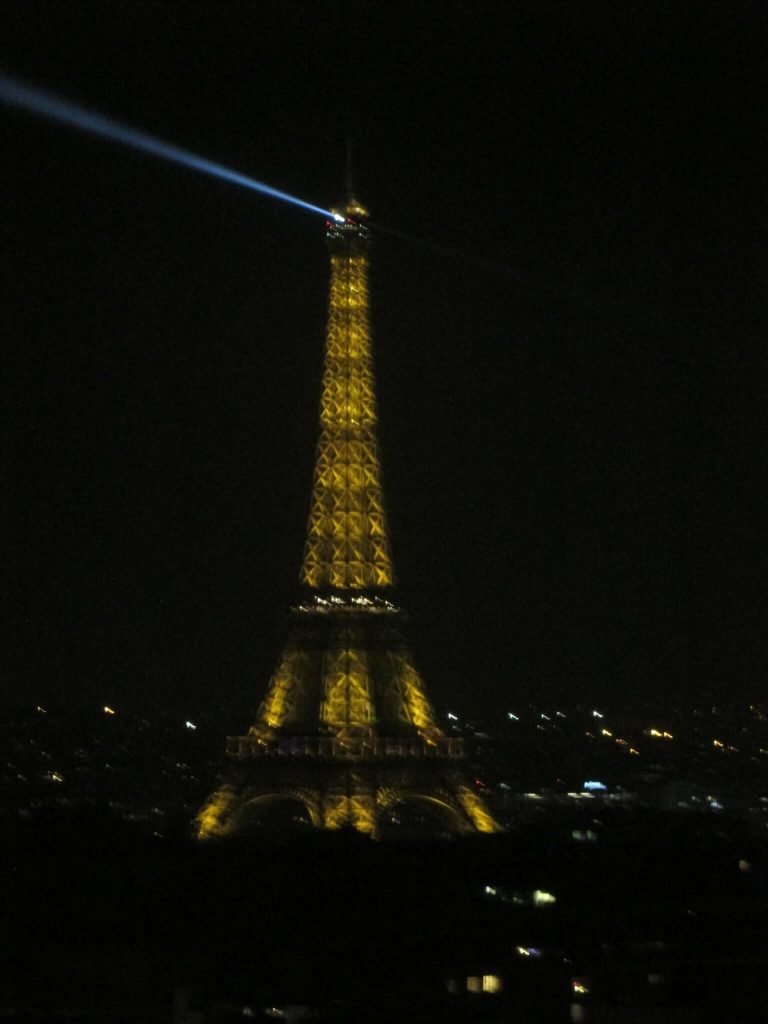 After you’ve walked all day and grabbed a bite to eat, get on over to the Arc de Triomphe. This historic arch commemorating France’s battle wins frames the western end of the Champs-Élysées. It’s big and impressive. If you’re into military history, plan some time here. For me, I just wanted to get to the top. Your Pass gets you there by elevator. Sadly, the elevator was closed, so up the 200+ steps I climbed.

On the roof, catch 360 views of the many Parisian neighborhoods. When you’re ready, walk on over to the corner and catch Eiffel all lit up. She has two lighting patterns–one solid, one blinking–and a beam out of her top. Make sure you stay around long enough to catch the beam and the two patterns for your third picture of Eiffel. (Apologies for the blurry pic–my camera battery was dying and this is the best photo I got. Ugh..Note to self: bring extra batteries!)

Be Little, but Think Big 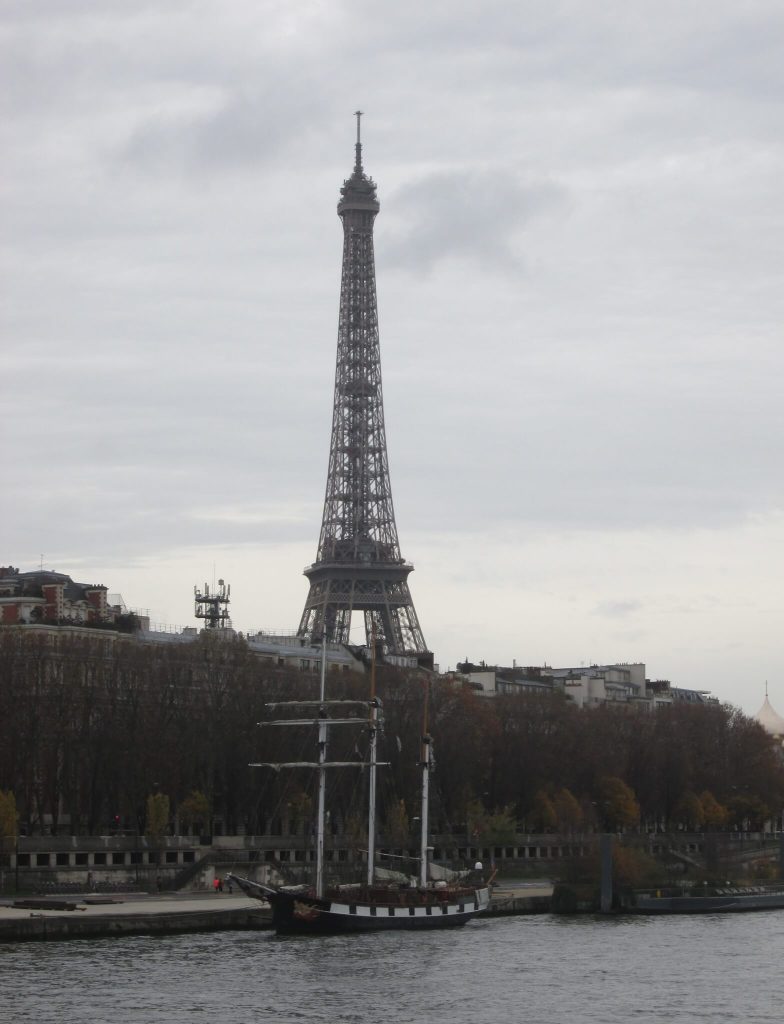 At some point in your Paris walking, you’ll pass Le Petite Palais on the Champs-Élysées. Although I didn’t go in the Palais, I did take a moment to look down river. There, you get a great closeup of Eiffel without a gazillion people interfering with your picture.  You may even be lucky enough to get a tall ship in your photo.

Go Under and Look Up 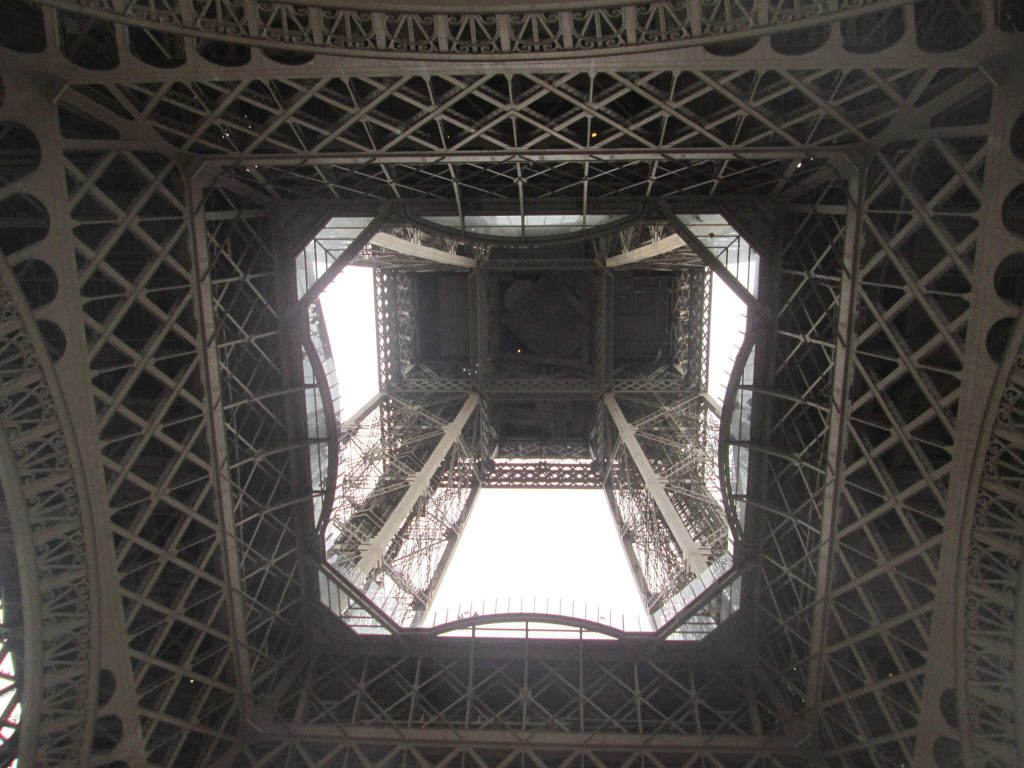 One of the beautiful things about the tower is its amazing architecture. After all, it is what makes the Eiffel Tower relevant. Without having to pay a dime, much more a Euro, enter into the secured area of the Tower’s grounds. Then instead of standing in line to go up the Tower, go underneath it and look up. Take in the arches of its edges or the view up the center of the column. Both views invite incredible photography that even an amateur like me couldn’t screw up.

With 5 unusual places photo Eiffel Tower, you can’t go wrong getting at least one interesting shot. Where did you go? What photo did you take? Post it, email it or tweet it to me! I’d love to see it.

Until next time, au revoir