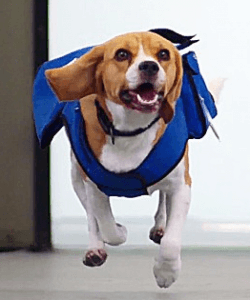 We really wish Sherlock, the dog who reunites owners with lost items at KLM, had been in service when we were there, but alas, we missed him. Sadly, though, we think Kelly, our daughter, got pick pocketed…or she flat out lost her wallet. We aren’t sure, but we do know she was now down $50 and her American Express Serve prepaid card. Thus, she’s only out $50, but she’s learned a good lesson–keep her nose out of her computer and pay attention to her surroundings. This lesson may be better than my constant nagging to close the screen and participate in life.

Easy to Find your Gate

Amsterdam’s signage guides the English-speaker through its many terminals. Just follow the signs, and if you have to transfer to another terminal, it’s easy to find where to go. Take your boarding pass, swipe it, and the screen will show you exactly which gate to navigate. There’s no need to read long screens of destinations–when you scan your boarding pass, you’re told what gate, what boarding time, and the status of your flight.

Once I knew where to board, I did a little shopping. Since it was April, the stores were loaded with tulips. I’m not sure why someone painted an elephant with President Obama’s face on an elephant, but I guess there’s a buyer for almost anything!

We also took time to go into the airport’s museum, which, not surprisingly, hangs some beautiful masters as well as whetted any traveler’s appetite for the other Dutch masters throughout The Netherlands. In addition, there is a library just next to the museum, full of wonderful classics and periodicals to help pass the time.

And Away We Went

In no time, our 3 hours in Amsterdam airport passed. We had enough time to not only change terminals, but we also did bit of shopping and tasting of some local chocolate. Next time, though, we’ll be a bit more cognizant of our surroundings so that we don’t lose a wallet!